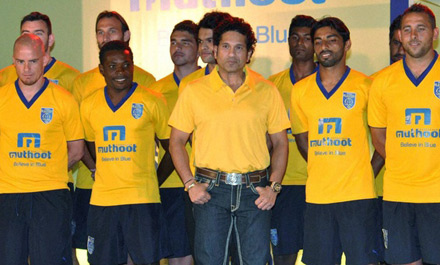 There is not much to separate as Atletico de Kolkata, aiming to regain the perch they just lost, gear up to lock horns with the steadily-improving Kerala Blasters FC in an ISL match on Friday.

While Atletico de Kolkata had been pushed to the second position by current leaders Chennaiyin FC, the Sachin Tendulkar-owned side are placed third with 12 points in the points standings.

Sourav Ganguly’s visiting side has four wins from nine outings to the three registered by Kerala Blasters FC ahead of the next game at the Jawaharlal Nehru Stadium.

Kolkata are second to Chennaiyin FC on the basis of number of goals scored. While the visitors can get their top spot back by earning three points, the hosts can consolidate their third position with a win in this potentially riveting encounter.