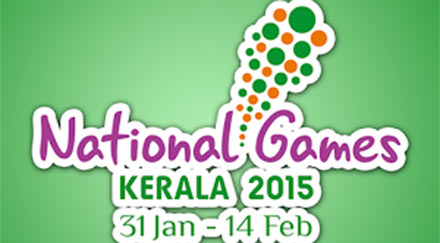 Download the official National Games 2015 app and keep yourself updated on all information regarding the sporting extravaganza. Featuring detailed game schedules, reports and results, the official app is guaranteed to keep you in the loop of India’s largest multi-sport event.

The app has the following features:

■ You can view the medal tally of each team

■ You can view the results of each sport in detail

In a press release here, Mr. Kiran said that a new version (version 4.1) of the application was released on February 5 on the basis of the feedback from its users.

The new version would provide information from a live data base, which would be updated regularly, he said. The new features in the app included fixtures of the events here, their results, online score update of the basket ball matches in progress, and the State-wise medal tally. The release said those who had already installed the app could get the updates from the Google Play Store. The app is available for free download in Google Play Store.

The app could also be downloaded to mobile phones by searching ‘National Games 2015 Kannur’ in Google Play Store.