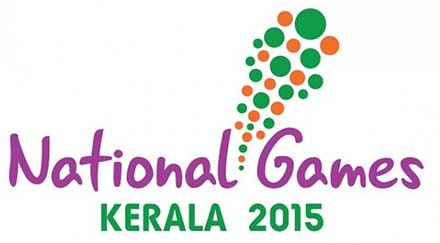 A visit to the venue on the eve of the opening slightly exposed the organisers’ claims that everything was on track. Civil work was still on and hundreds of labourers were busy finishing touches to the stadium which looked only 85 per cent ready. “It would have been better if the Games were held a month later. Then all work would have finished,” said a visitor. There is no doubt that at least a week’s work will remain even after the flame is lit on Saturday.

After Kerala hosted the 1987 Games at five venues, the National Games had gone back to the one city format following strong objection within the Indian Olympic Association (IOA). But by spreading the Games over 34 venues in seven districts, the state has ensured that the Games will help in the overall development of sport.

Once fully operational, the Karyavattom stadium is expected to meet the requirements to host international cricket (though with one of the shortest boundaries) and football matches. The Aquatics complex in Pirappancode, named after Mihir Sen, is also up to international standards while the hometown of legendary player Jimmy George now boasts of an indoor venue that will host the volleyball matches. Despite a change in the state government after the Games was allotted in 2007 and all the uncertainty following the ban of the Indian Olympic Association (IOA) which caused the four-year delay , the organizing committee of the Kerala Games can take pride in the fact that they have assembled a string of top-class venues, that too without escalating the budget.

Cricketing icon Sachin Tendulkar, athletics legends PT Usha and Anju Bobby George will be joined by Mollywood superstar Mohanlal and his music band Lalisom during the glittering ceremony. Sachin will receive the National Games torch from international footballer Kurikesh Mathew led eight-member team who began their torch relay from Kasaragod a week ago.Sachin will hand it over to Usha and Anju who will light the Games flame.

The opening ceremony, which would be telecast live by Doordarshan from 5.30 pm on Saturday, will begin with IAF helicopters showering flowers followed by a performance by the army band. Union minister Venkiah Naidu will declare the Games open.