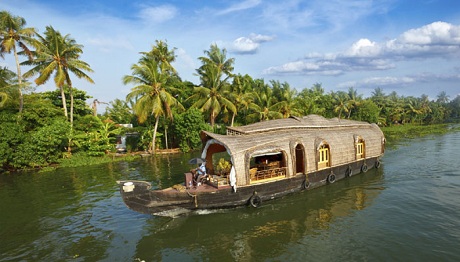 ‘Visit Kerala 2015’, a new initiative of Kerala Tourism to promote the State’s destinations, will be launched this year from April 1, with a series of events ranging from arts to sports. “The main focus of ‘Visit Kerala 2015’ will be to strengthen the promotion of tourism products including Ayurveda, Responsible Tourism and Spice Route-Muziris,” said Mr A. P. Anilkumar, Minister for Tourism, Kerala.

Kerala Tourism will also host a tourism industrial meet to promote responsible tourism and encourage the participation of local communities in the tourism sector. The meet would provide guidance to people on setting up home-stays and villas with small-scale investment.

Innovations will include ‘Visit Kerala Contests’ for tourists, who are to holiday in Kerala this year, with attractive gifts and complimentary holidays. Also, there will be social media and online campaigns to promote 2015 as the best time to visit the State, highlighting the festivals and events along with the contests.

Kerala Tourism will also launch a new theme campaign to showcase Kerala and its unique attractions, to strengthen Kerala’s position as ‘God’s Own Country’ and to create a destination pull. Food festivals will be conducted in cities like New Delhi and Mumbai to market Kerala’s authentic cuisine.

The government will also provide incentives to partners of international trade fair and airline-tour packages with major domestic airlines will be introduced to promote domestic tourism.  Kerala Tourism will also brand and design a new set of Kerala souvenirs and market it to travellers with the support of Kudumbashree units.