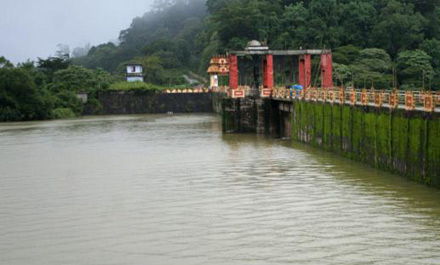 Officials of Kerala and Tamil Nadu on Friday agreed on sharing of water from the Siruvani reservoir at a meeting of the Joint Water Regulatory Board held at Thanneermukkom, near here.

It was decided to release water through the additional pipeline below the dead storage level of the dam, which was sealed recently.

The meeting also decided that the volume of water being provided to Tamil Nadu would be measured using a digital meter.

The measuring device would be installed at the entry point of the pipeline.

At present, Tamil Nadu received 1.3 tmcft of water from the reservoir.

The volume of water was being measured by Tamil Nadu, following which related information was shared with Kerala.
Long-standing demand

It had been a long-standing demand of Kerala for a mechanism that ensured measuring the volume at the entry point.

While the officials of Tamil Nadu demand raising of water level in the dam, representatives from Kerala maintained that a decision could not be taken during the meeting.

The demand would be raised again during government-level discussions, representatives of Tamil Nadu said.

The meeting also decided to hold a joint inspection to analyse the maintenance required in the reservoir.

The move to hold the meeting at a private resort in Alappuzha has raised eyebrows.

As per convention, meetings of the board are held in Palakkad or Coimbatore.

Officials, who participated in the meetings, were lodged at rooms in the resort for two days and took on a houseboat trip on Friday, sources said.