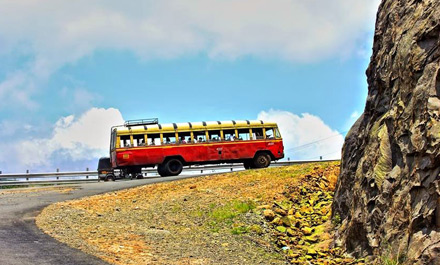 School Students to Get Free Travel in Public Buses in Kerala

The Congress-led UDF Government in the state has decided to allow free travel for students upto higher secondary level from February next year.

Minister for Road Transport Thiruvanchur Radhakrishnan told the state Assembly today that the government was mulling to implement the plan on an experimental basis.

In the initial phase, concession-holding students would be covered under the programme. Girls and below-poverty-line students would also get preference, he said.

Radhakrishnan was replying to a submission by V T Balram (Congress).

The free travel facility can be availed twice a day, he said adding the programme would be extended later after evaluating its success.

More than 1.3 lakh students presently holding concession tickets are expected to benefit from the proposal initially.