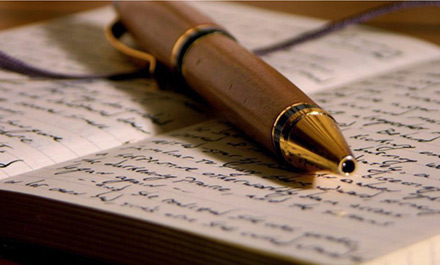 Poems of Kamala Das Now in a Collection

An authoritative selection of poems, some of them previously unpublished, from the oeuvre of late Kamala Das offers a unified perspective on the poetic achievement of one the country’s most controversial women poets.

“Selected Poems”, edited by academician-writer Devindra Kohli, traces the sources of the ferment of Das’ poetry, and showcases its originality of style and its acts of resistance. Considered a major poet in English, Das’ taboo-breaking work explores themes of love and betrayal, the corporeal and the spiritual, while celebrating female sexuality and remaining deeply rooted in her ancestral tradition and landscape.

She was one of the first Indian writers to explore sexual themes in her work, and her autobiography “My Story” (1976) was a candid recollection of her own sexual coming of age that was translated into 15 languages. Her bold writings often unsettled the orthodox readers.

This selection, brought out by Penguin Books India, has six published volumes and other uncollected and previously unpublished poems.

“In making this selection, I have followed the chronological order of the appearance of these poems in book form and, in some cases, in journals such as ‘Kavya Bharati’ and the ‘Indian Literary Review’,” says Kohli.

“An exception, however, has been made in the case of the Anamalai poems. In January 1985, Das wrote 15 poems for the sequence, including the title poem ‘The Anamalai Hills’. Eight of these poems were first published in ‘Indian Literature (March-April 1985); seven from this sequence, except No. 3,, along with three of the remaining poems were reproduced in a rearranged order in 1991 in ‘The Best of Kamala Das’.

“Three more unpublished poems, numbered 9-11, from the original sequence, exist in Kamala Das’ MS on the ‘Mathrubhumi’ letterhead,” he says.

The eight poems from ‘The Old Playhouse and Other Poems’ included in the selection had appeared earlier in the Illustrated Weekly of India, Quest and Opinion.

“In asserting her freedom to write in English, as a very brown trilingual Indian and a bilingual woman writer from south India, das not only claimed her postcolonial space but also her national space in a multilingual India against a perceptible colourism that impacts women,” says Kohli.

Though born in a conservative Hindu Nair family in Kerala with a royal lineage, Das embraced Islam in 1999 at the age of 65, assuming the name Kamala Suraiya. The conversion generated much heat in social and literary circles.

She had made a foray into politics and even floated Lok Seva Party with a promise to do social and humanitarian work, provide asylum to orphaned mothers and promote secularism. She unsuccessfully contested the Lok Sabha elections in 1984.