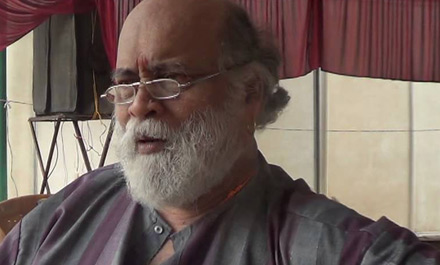 Noted film actor and still photographer N L Balakrishnan, who had won the hearts of moviegoers with his versatility on screen, is no more. He breathed his last while undergoing treatment for cancer at the medical college hospital, on Thursday. He was 72. Cremation will take place at his house in Poudikkonam later.

He obtained a diploma in painting from College of Fine Arts Trivandrum and got training in photography from various studios in Trivandrum such as Metro Studio, Sivan Studio and Rupalekha Studio. He worked as a still photographer in about 170 films and has associated with great directors including G Aravindan, John Abraham Adoor Gopalakrishnan, P Padmarajan, Bharathan and K G George. He is an actor, with 180 credits to his name. He had worked as a photojournalist in Kerala Kaumudi for eleven years from 1968–1979.

As an actor, Balakrishnan has around 180 films to his credit. His first film was Rajiv Anchal’s Ammanam Kili. He is known for his work on films such as Orkkapurathu, Joker (2000), Kakkothikkavile Appooppan Thaadikal (1988) and Pattanapravesham (1988). He last acted in Daivathinte Swantham Cleetus in 2013.

He has obtained Kerala Film Critics Association’s Chalachitra Prathiba Puraskaram and a special award by Kerala Lalithakala Akademy. Balakrishnan has published a book titled Black and White in 2011.

He leaves behind his wife Nalini, children Kunjumol, Jayabalan and Jayakrishnan and son-in-laws Madhusoodanan and Sabu Kumar.