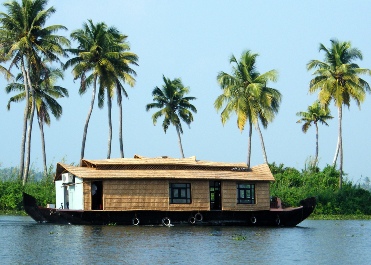 Kerala Tourism’s ‘Visit Kerala 2015’, a new and ambitious initiative to promote the state’s alluring destinations, will be launched on April 1 with a series of events ranging from the arts to sports to woo both domestic and foreign tourists, state Tourism Minister A P Anil Kumar announced.

“The main focus of Visit Kerala 2015 will be to strengthen promotion of tourism products including Ayurveda, Responsible Tourism, Spice Route and Muziris heritage,” he told reporters here on Monday. The department will host a tourism industrial meet to promote responsible tourism and encourage the participation of local communities in the tourism sector, he said.

“The meet will provide guidance to people on setting up home stays and villas with small scale investments,” he said. In the wake of a slew of fresh initiatives, Kerala Tourism will explore
more new markets in China and Sri Lanka through trade fairs, road shows
and familiarisation tours.

Leveraging the increased air connectivity, a focused Ayurveda and monsoon campaign will be conducted in West Asia where 90 per cent of the diaspora are from Kerala.

“The Tourism Department will host a tourism industrial meet to promote Responsible Tourism and encourage the participation of local communities in the tourism sector. The meet will provide guidance to people on setting up home stays and villas with investments on a small scale”, he added.

Aggressive campaigns that target potential travellers in big traditional markets for Kerala will be conducted in the United Kingdom, France and Germany by holding trade fairs and road shows.

He also mentioned that adventure and cycling holidays would be promoted to attract youth and students.

“Visit Kerala Contest will be held for tourists holidaying in Kerala in 2015, with attractive gifts and complimentary holidays. Also, there will be social media and online campaigns to promote 2015 as the best time to visit the state, highlighting the festivals and events, along with the contests,” Anil Kumar said.

The Minister also noted the increase in the total number of hotel rooms in the state from 40,000 in 2010 to the present 75,000. “This is a good sign for the tourism sector in the state,” A P Anil Kumar said.