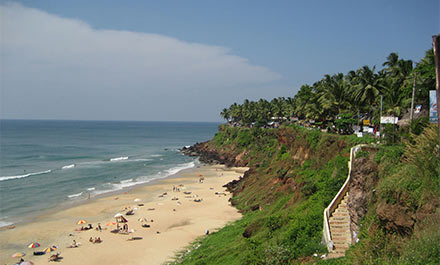 A paltry amount of Rs 500,000 from the central budgetary allocation for the year 2015 has not deterred Kerala Tourism from making aggressive plans to attract foreign tourist to its state.

The State was allocated Rs 23 crore last financial year for tourism, and over Rs 80 crore before that. “It indeed comes as a surprise that just Rs 500,000 have been allocated to the State. The Parliamentary Panel for tourism has now written to the Tourism Ministry for an allocation of Rs 20 crore,” said P I Sheik Pareeth, IAS, director, Kerala Tourism.

“We are targeting a growth of 18 per cent in revenue from tourism for next year. For FY2016 we have declared this period as “Visit Kerala Year’, and as part of that we will be taking some fresh initiatives to attract more tourist and also make tourism much more sustainable in Kerala,” said Pareeth.

Under this while the focus will be to maintain focus on traditional markets like Europe, Australia and the US, newer geographies will also be tapped. This will also allow the State to counter competition from near-by state of Sri Lanka. “Etihad & Emirate Airlines along with Jet Airways will soon launch direct flights to Kerala from Spain. This will allow better access to tourist coming from Europe. Our big focus will also be to take Kerala Tourism to regions like Ireland, Russia, Middle East, China and Japan,” added Pareeth. In terms of foreign exchange Europe’s contribution is almost 75-80 per cent.

As part of this expansion, the State will also start training guides in Japanese and Dutch languages. And to be able to get tourists from China and Japan, the tourist department will start road shows in Kuala Lumpur and Singapore.

He also added that Kerala will also be promoted as a major wedding destination and also as a beach destination. Munnar is one of the cities that have been identified for destination weddings. Another aspect that will be highlighted will be the Northern parts of the State which so far have not been showcased to tourists.

“Kerala has a rich history and the Northern part of Kerala has a few forts that would be developed to showcase the historical richness that the State has. So far it is only Kovalam that many think of if one is looking for a beach destination in Kerala, but we have other places too and that’s we want to highlight,” said Pareeth. Malappuram, Kozhikode, Wayanad, Kannur and Kasargod will be part of the North Kerala promotions.

Other than for its natural beauty, Kerala is also known for Ayurveda. With over 1,000 Ayurveda clinics in the state, the tourism department will look at accrediting these outlets. This will also be assist in competing with Sri Lanka better, which has also started propagating Ayurveda.