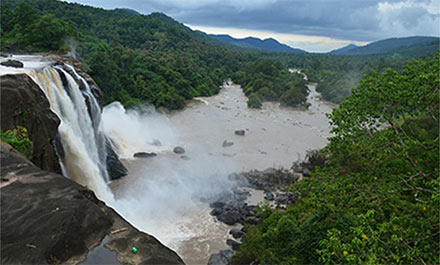 The Kerala government has invited film industries across India under its ‘Visit Kerala’ campaign to shoot in the state so that it can promote the state’s picturesque tourist hotspots through movies.

He was speaking at a meeting with representatives of Film Employees Federation of Kerala, Malayalam Cine Technicians Association and Kerala State Film Development Corporation Ltd.

‘Unlike other southern states, Kerala poses some restrictions in filming certain key areas which comes under forest, cultural, archaeological and irrigation departments. The film fraternity will discuss these issues with the respective ministers to formulate a one-stop solution,’ said Kumar.

Kerala Tourism Director P.I. Sheikh Pareeth said the representatives of the film industry have offered support in all international and domestic promotional activities carried out by the tourism department.