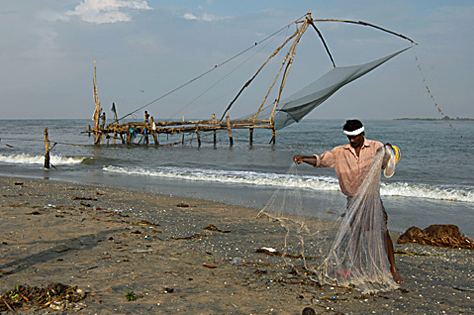 Kerala to build 20,000 houses for fishermen

The Kerala government will build 20,000 houses for the state’s fishing community as part of its coastal area development initiatives, a minister announced here Friday.

Fisheries, Ports and Excise Minister K. Babu said the state government has already constructed 6,573 houses at a cost of Rs.2 lakh each, of which 1,049 houses were built in Thiruvananthapuram district alone.

The minister said the state government would build 20,000 such houses.

The number of fishing community members in the state stands at 10.02 lakh and they contribute about nine percent of the state’s gross domestic product.

Kerala is the second state in marine fish production after Gujarat.

Among other projects for the community that have been commissioned are 15 in-patient blocks at hospitals in the coastal region at a total cost of Rs.25 crore.