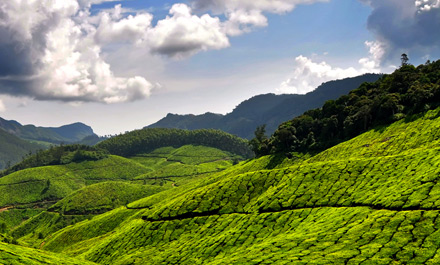 Kerala to be first state with green ABS policy

Kerala is all set to become the first state in the country to have a policy document on biodiversity conservation related “access and benefit sharing (ABS)”, a UN green expert has revealed.

Balakrishna Pisupati, currently heading a UN Environment Programme (UNEP) in Norway, is in the state’s capital city to finalise a draft ABS policy being prepared by the Kerala State Biodiversity Board (KSBB).

Pisupati told IANS in an online interview that the progress that Kerala has made for biodiversity conservation has to be lauded and “even though the concept of ABS is old, for bio resources the ABS is something new”.

“Today, we have a Biodiversity Act in the country and when it comes to ABS, states can chalk out their own plans. The KSBB will be ready with a full-fledged ABS policy shortly,” said Pisupati, the UN expert and former chairman of the National Biodiversity Authority.

He said, “In simple terms, ABS becomes applicable “if there is any commercial utilisation of biological resources and in traditional knowledge, where a fee would be levied.”

Kerala is home to a rich variety of flora and fauna and among the other segments where ABS will be applicable include the seafood sector, seeds, spices, plantation sector to name a few.

“The policy that’s being readied will include the guidelines on how ABS is made applicable. One thing that would be very clear is that this is not meant to make money for the KSBB by taxing the Ayurveda manufacturers, the seafood industry and others who use the resources,” Pisupati said.

This is just to ensure that the stakeholders are made aware that conservation is needed because if they have to continue their business, conservation has to take place, he said.

“There would be no wielding the stick, but (we will be) taking all the stakeholders on board,” Pisupati said.

KSBB chairman Oommen V.Oommen told IANS that they have already started first round of talks with the stakeholders and the Ayurveda Medicine Manufacturers have understood what we are trying to tell them through the new policy.

“We will not be insisting for an ABS fee, instead we will also look forward for contribution in kind from the stakeholders, where they will have to see they engage in conservation activities in their area of operation by planting trees and tending it,” he said.

According to K.P.Laladhas, member secretary of KSBB, the policy will include even the legal implication.

“The first thing that we will be engaging in is to create awareness and will inculcate in the stakeholders that every sector has a duty to contribute towards conservation.”