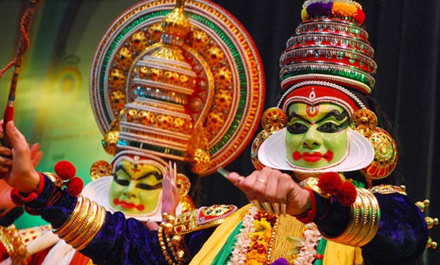 The festival, beginning Dec 12, will collaborate with 25 cultural groups and will be unveiled in Ernakulam and Thrissur districts.

Theatre, dance, music, percussion and literary programmes, from across India’s southern and northern regions and from the ancient, medieval to modern times will be shown.

“No other biennales in the world give prominence to performing arts as we do at Kochi-Muziris,”said Riyas Komu, director of programmes, KMB.

Jitish Kallat, who is KMB 2014 curator, spoke about how the locals and visitors to the biennale could engage with it through a variety of cultural and intellectual platforms.