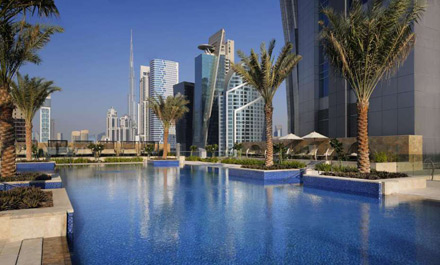 Some 90 per cent of Kerala’s 2.36 million-strong diaspora is in the Middle East, says a study released here on Wednesday.

The Kerala Migration Survey (KMS)-2014 is the sixth in the series being conducted by veteran demographer K.C. Zachariah and S. Irudayarajan of the Centre for Development Studies.

The study shows that the UAE has attracted 38.7 per cent of the Kerala emigrants and retains its top position. However, its relative share has declined from 41.9 per cent in 2008.

On the other hand, Saudi Arabia had increased its relative position, accommodating 25.2 per cent Malayalis.

Kuwait and Qatar are the other Gulf countries that have increased their relative share of Kerala emigrants.

These numbers indicate that emigration from Kerala has been increasing since 1998.

He said although the number of emigrants had increased between 2011 and 2014, emigrants per household have decreased during the period.

The number of return emigrants to Kerala in 2014 was 1.24 million, about 52 per cent of the number of emigrants.

In general, the number of return emigrants has also been on the increase, the exception being the 2008-11 period during which the figures of those coming home decreased by 7,000.

He said the glamour associated with Gulf emigration was still very strong among youngsters from the southern state.

The study revealed that the largest number of emigrants from Kerala in 2014 were from Malappuram district — 444,100 or 18.8 per cent of the total. Kannur district comes second with 290,000 emigrants or 12.4 per cent of the overall.

Wayanad and Idukki districts at 13th and 14th positions are bottom of the list.

Ten per cent of the Kerala diaspora is outside the Gulf region, principally in the US and Britain.

While the relative share of Kerala emigrants in Britain has increased, that in the US has gone down.

One of the surprising aspects of the Kerala emigration pattern is the relative consistency (over the years) of the proportion of households with migrants.