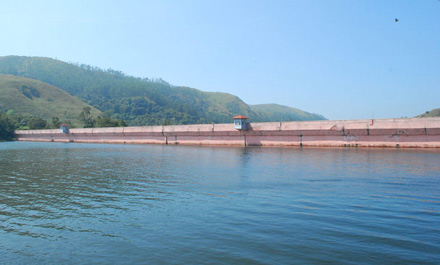 A Kerala legislator has accused the Oommen Chandy government in the state of failing to contest Tamil Nadu government’s claim that it owns four dams located inside Kerala at a dam safety panel meeting.

It showed that Tamil Nadu requested that a footnote be inserted in the National Register of Large Dams (NRLD) that said Mullaperiyar and three other dams were owned, operated and maintained by Tamil Nadu Public Works Department.

All four dams are located inside Kerala and the state has joint ownership over them with Tamil Nadu.

Prakasam, an Opposition MLA, also submitted a letter, written on by Tamil Nadu principal secretary to the Kerala government on May 7, which said there was no need for the Kerala Dam Safety Authority to inspect these four dams as they were “owned” by Tamil Nadu.

However, Chief Minister Oommen Chandy made a statement in the Assembly on Thursday saying that according to the National Register of Large Dams, ownership of the dams was still with Kerala.

However, he appointed a committee to probe into the allegations a state official failed to contest Tamil Nadu’s claims at the NCDS meeting.

A day ago, Irrigation and Water Resources Minister P.J. Joseph had that he wrote to the NCDS in January to rectify Tamil Nadu’s claim.

But NCDS member secretary replied to the Kerala government on April 15, 2014, saying that since the state’s representative did not oppose Tamil Nadu’s claim to incorporate the word “owned” in the meeting, a footnote on this was incorporated into the National Register of Large Dams.

Kerala, as such, cannot ask for a rectification without Tamil Nadu’s permission, the official said.

But the 2014 list of National Register of Large Dams, in possession with IndiaToday.in, does not mention anything regarding the ownership of these dams.

National Register of Large Dams is a compilation of large dams based on information received by the Central Water Commission from state governments or authorities concerned.

The lists of dams have been regrouped according to location within a state’s territory.

The purpose is to provide basic information about a dam to any interested party who can then approach the state government or the authority concerned for more information.

At present, there are 4,845 completed large dams and 347 under construction large dams in India.

“The government should take the initiative to rectify Tamil Nadu’s claim. The official who attended the meeting should have been briefed about the decision to be taken,” said N.K. Premachandran, a RSP MP and a former irrigation and water resources minister.

But a disclaimer in the current National Register of Large Dams list also says the information given is “not binding” on any party.

“The information given is not binding on any party and does not confer rights or restrictions to any party. CWC will be ever willing to rectify erroneous information, if any, brought to its notice. However, it is unintentional and therefore need not be taken as a basis of dispute,” says the register.