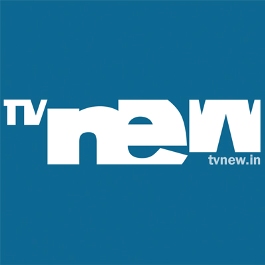 MUMBAI: Kerala is all set to get a new News channel, thanks to the affluent Malayali community in the Middle East. Real Video Impact, which is funded by four wealthy investors from the Middle East and the directors of the Kerala Chamber of Commerce and Industry, is launching Malayali News channel christened TV New from 14 July.

The launch day will see news and soft programmes with full-fledged reporting to begin within 15 days. The weekends will have feature shows such as musical programmes that will be youth as well as family oriented. News will focus on the Malayali community in the state and the NRIs with majority of it being political news. Apart from that, focus will also be on the economy and development of the state that will allow the younger generation to be more business oriented.

Broadcasting from Intelsat 17, the channel will be available to 80 per cent of Kerala through MSOs Asianet Cable Vision and Kerala Communicators Cable while DTH platforms are yet to be brought on board. Nearly Rs 15 crore to Rs 20 crore is being spent as carriage fees.

The CEO and editor-in-chief of the channel is former Indiavision news editor Bhagath Chandrasekhar, who along with three others came up with an idea to launch the channel that focuses on positive news and nurture entrepreneurship. “The year 2004 saw the first News channel being launched in Kerala and now in 2014 we have the courage to start a new form of journalism,” he says.

Chandrasekhar is managing a team of 257 people. Reporters and camerapersons are placed in headquarters (HQ) Kochi with bureaus in Thiruvananthapuram, Calicut, Delhi, Mumbai, Chennai, Bengaluru, Dubai and Qatar. The HQ has a 12,000 square feet 360 degree studio with Panasonic 250 HD cameras. “We had started preparations in January 2013 and within a year the channel is going on air which is positive and assuring,” Chandrasekhar shares. The 19 bureaus also have live connectivity with the HQ with cameras and servers from Grass Valley.

Work is on to get advertisers on board but Chandrasekhar isn’t expecting any wonders. “We will approach advertisers with good ratings. We don’t expect that within a month or two we will conquer the market. But we will try to breakeven by the first year itself,” he says optimistically. He adds that the investment in the channel is to the tune of Rs 50 to Rs 60 crore.

The marketing campaign, for which approximately Rs 1 crore has been kept aside, is set to run for three months beginning from the launch day with special focus on Onam. The thrust will be on outdoor hoardings and transport buses with nearly 150 hoardings being booked all over Kerala of above 1000 square feet. Two newspapers and three to five magazines will be targeted immediately post launch.

As time processes, TV spots will be bought on a few national channels after a few months to target the Malayali diaspora in India as well as abroad. Radio spots too will be bought after a month to promote time-band based properties. The creatives for the same have been done by TV New creative head Sumesh Lal with the planning being executed by an in-house team.

“Though Kerala is a crowded market, we strongly believe that content is the king. We have a very energetic, talented, young, well informed and well groomed news team. And time and again we will evaluate our content,” says TV New VP sales and marketing Shine Joy.