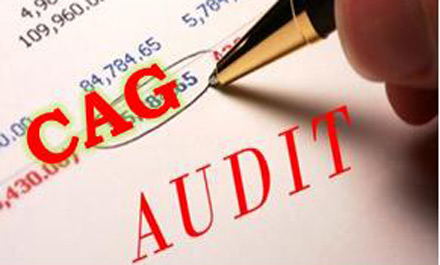 Kerala officials are studying a CAG report that has spotted Rs 120 billion ($2.22 billion) lying unrecognised in the electronic records of the state IT system, Chief Minister Oommen Chandy said, adding they are finding ways to recover it.

The CAG report, titled Effectiveness of the Kerala Value Added Tax Information System (KVATIS) in the Tax Administration of Commercial Taxes Department, was tabled in the state assembly in July, but it went unnoticed until the last week.

According to the report, a tax potential of about Rs 120 billion — a tax of Rs 50 billion plus a penalty of about Rs 70 billion — present in the electronic records of the IT system in the commercial taxes has not been recognised.

The data was obtained during the audit of all transactions of four years from April 2009 to May 2013 of the commercial taxes department.

“Yes, this has come to our notice and our officials are studying this issue from various angles. Once we get the reports, the next course of action will be to see how best and how fast we can recover this,” said Oommen Chandy Wednesday.

The findings of the report come at a time when the state is witnessing one of its worst financial crisis, forcing officials to seriously look into the report.

These findings are based on documents submitted by the dealers in the system and hence the question of any harassment of the dealers does not arise, says the report.

Among the flaws pointed out by the Comptroller and Auditor General (CAG), the report said there were multiple registrations by the same dealer which helped the dealer to keep transactions below the Rs.1,000,000 limit, thereby escaping from the value added tax (VAT).

Also, the report found out that 3,979 dealers did interstate transactions worth Rs 202.9 million for two years but were excluded from the VAT system.

The audit found out that of the 76 check posts in the state only 36 were IT enabled and as a result many dealers were able to bring in large quantity of goods into the state under the ‘for own use’ category.

CAG suggested these flaws can be rectified if the software and the hardware capacity of the commercial taxes are upgraded at a cost of Rs.297.5 million.

Oommen Chandy has said that the cost of upgrading is not an issue because the returns will be enormous.

Oommen Chandy said he has a plan of action and is now waiting for his officials to give a complete report based on the CAG findings.