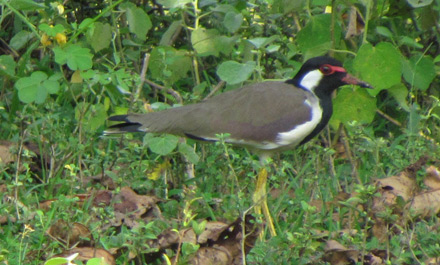 The sixth edition of the Kerala Bird Race will be held on November 16, 2014. The race is being organised as part of an attempt to encourage bird-watching among the public and create awareness about the birdlife at different regions, said the organisers in a release here.

The Kerala Birder, in association with Hong Kong Shanghai Banking Corporation Ltd (HSBC) and Yuhina Eco-Media, is organising the race as a dawn-to-dusk affair and it will be held simultaneously in Kozhikode, Kochi, and Thiruvananthapuram, where teams of birdwatchers will spend the entire day trying to spot as many species of birds as possible.

“The main purpose of the race is to build support for nature conservation by introducing beginners to the finer points of bird-watching and spread awareness of the region’s wildlife,” said the organisers.

Teams of three or four members, including one experienced bird-watcher, can choose the area they want to scout within a 100-km radius of the city. After spending the day recording as many bird species as possible, the teams are expected to gather at a suitable venue and discuss their day’s findings.

To ensure that the results are accurate, each city has a judging panel comprising senior birding experts who will analyse reports and announce the winners at a special programme held in the evening. Prizes are given to the teams, who spot the highest number of species.