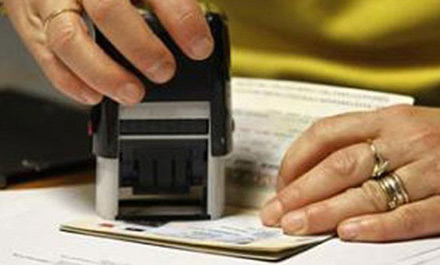 The Bureau of Immigration (BoI) has completed all formalities for rolling out electronic travel authorisation (e-visa) to foreign tourists arriving from select countries in the Thiruvananthapuram and Cochin airports.

The software for processing the e-visa and the requisite infrastructure are in place. “We even carried out a trial run to ensure that there are no hassles. We are awaiting the green signal for accepting e-visa,” a top BoI official told The Hindu on Friday.

Although November 2 is fixed for rolling out the e-visa scheme, there is no confirmation yet on the date. A notification has already been issued on how to process e-visa and about the validity. Airlines personnel, including those in the international carriers that operate to Kochi and Thiruvananthapuram, have already been briefed about the e-visa facility being introduced, the official said.

A high-level team led by Foreigners Regional Registration Officer (FRRO), Delhi, I.B. Rani was in the airports to inspect the facilities two months ago. In addition to 16 counters in the immigration wing for general visitors, four Tourist Visa-on-Arrival (T-VoA) counters have been set up in Thiruvananthapuram.

e-visa can be obtained through designated websites and does not require a visa stamped in the passport prior to arrival in another country. The e-visa will be issued within 96 hours after applying. The other formalities will have to be completed on landing at the designated nine airports.

The validity of e-visa to be issued is one month, sources saidKerala is to be benefited as it is the only State where two airports have the T-VoA and e-visa facility. The timing of launching the e-visa is also favourable for the State as the peak tourist season has commenced. Kerala has started aggressively marketing the T-VoA.