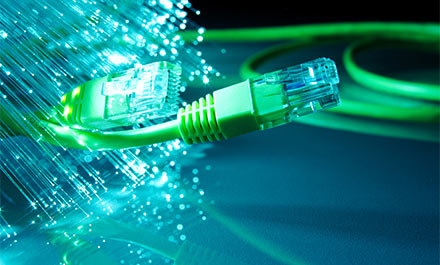 The Minister for Communications and IT Shri Ravi Shankar Prasad inaugurated the launch of the high speed broadband for the entire Idukki district of Kerala.

With the commissioning of the National Optical Fibre Network (NOFN), the Idukki district of Kerala has become the first in India to be connected with the high speed broadband for all the areas of the district. Currently the District has a total of eight (8) Block Offices & 53 Gram Panchayats of which 8 Block Offices & 52 Gram Panchayats have been connected on Optical Fibre and one Gram Panchayat, namely Edamalakudy, is connected through VSAT. Edamalakudy, is a Tribal Gram Panchayat consisting of 26 Tribal villages with around 2200 people. It is remotely located around 18 Kms from Pettimudi which is last point one can go in a vehicle. BSNL has made exceptional efforts in connecting this Gram Panchayat and now Broadband Internet as well as Mobile services are also available here. For the first time all villages under this Panchayat would be connected through Mobile phones and internet.

The establishment of NOFN would open up new avenues for Access service providers such as Telecom Service Providers, Internet Service Providers, and Cable TV operators, Content Providers etc. to launch next generation services and spur creation of local employment opportunities in a big way.

The Kerala Chief Minister Shri Oommen Chandy, the Minister for Industry and IT, Govt. of Kerala Shri P. K. Kunhalikutty and Secretary Telecom Shri Rakesh Garg were present on this occasion.