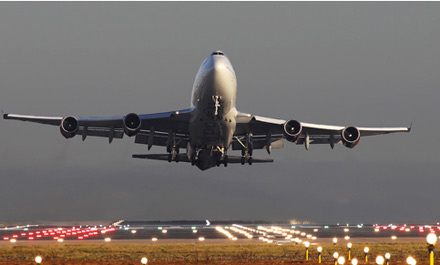 The first flight from Kannur International Airport is expected to take off on December 31, 2015, Kerala Minister in-charge of Aviation K Babu said in Thiruvananthapuram today.

According to the present agreement, work to the tune of Rs. 694 crore would be carried out, said Babu on the occasion of handing over site document to construction major Larsen and Toubro, who won the work contract for the airport project.

Work on the run-way has started and construction of terminal building would begin in May next year, he added.

The airport will come up in an area of 2,000 acres at Moorkhanparamba, about 25 km from Kannur and about 1,200 acres of land has already been acquired.

The Airport will have a runway length of 3,050 mts initially in phase one. It is expected to have an annual traffic of more than 1 million international passengers and above 0.3 million domestic passengers, says an estimate conducted in 2009-2010.

Kerala government has 26 per cent stake in the project in the form of land while other state owned public sector organisations own 23 per cent. Government companies own two per cent while small and institutional investors hold 49 per cent.

With the operationalisation of the Kannur Airport by 2015, Kerala will be the only state in the country to have four international airports.

Thiruvananthapuram, Kozhikode and Kochi are the other three international airports in the state.