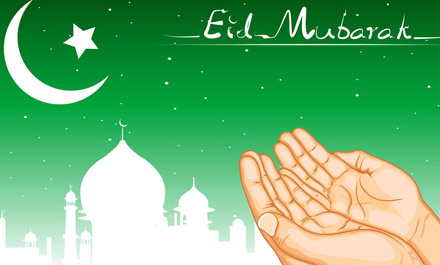 Muslims across Kerala celebrated Eid-ul-Fitr Tuesday with religious fervour, marking the end of the holy month of Ramadan.

In a state where Muslims account for a quarter of the state’s 33 million people, the biggest congregations took place in Muslim dominated areas such as Malappuram, Kozhikode and Kannur.

Muslims also gathered in large numbers for prayers in major cities like Kochi and Thiruvananthapuram.

In most cities, the Eid prayers took place in open grounds and stadiums to accommodate the large crowds.

Malayalam superstar Mammootty and his actor son Dulqar Salman turned up at a mosque in Vytilla near Kochi for the morning prayers.

In some mosques, special prayers were offered for the victims of the Israeli bombing of Gaza.

The Kerala government has declared a two-day holiday for all educational institutions and government offices on the occasion of Eid.