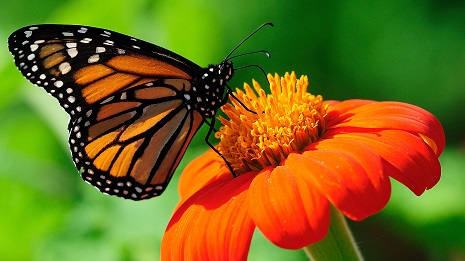 Butterfly park, aquarium to come up in Thattekad

To reinvent the image of Thattekad Salim Ali Bird Sanctuary and exorcise the ghost of 2007 boat tragedy, officials have set in motion a set of initiatives. They have already set up a butterfly park in 30 cents and are in the process of completing an aquarium. So next time when you enter the sanctuary, do not be surprised to see a bunch of fluttering butterflies and bright species of fishes.

“Work on the butterfly garden is complete. Though we have not officially opened it to the public, tourists visited the garden over the past two days. The garden and aquarium will be open next week,” said assistant wildlife warden Manu Sathyan. The old deer enclosure at the sanctuary was converted into a garden for the purpose. Employees in the sanctuary had planted around 150 species, including citrus, albizia, cassia, cinnamon, aristolochia, milk weeds, tylophora and wattakakka.

The sanctuary has carved images of common butterflies. There are 17 such stones, two-and-a-half feet high, that have images of butterflies such as striped tiger. One of them shows the lifecycle of the butterfly, detailing the stages of its life. “Workers took special care to prepare the garden. The presence of butterflies shows that the area is not polluted. Butterflies will move to distant places if it is polluted,” said Sathyan.

The aquarium will have local and ornamental fishes in 12 glass tanks, including four big ones. The cost of building the aquarium is Rs 5 lakh. The two new attractions won’t eat into visitors’ pocket. The ticket charge for adults is Rs 25 and for students, it is Rs 5.

Thattekkad is a huge nest that holds the memories of the famous ornithologist Dr. Salim Ali. Soft flutters and chitter-chatter of different kinds of birds that fill the ambiance make Thattekkad a bird lover’s paradise.

The Thattekkad sanctuary is home to rare species of birds such as the Malabar pied hornbill (pandan vezhambal), the Black Sparrow (kakka thamburatti), which mimics the sound of eighteen birds, the Ripli Owl, the Ceylon Frogmouth (makkachi kaada), the Malabar Whistling Thrush (choola kakka) and the common grey hornbill. The sanctuary, widely known for its exclusive bird population, houses both migratory birds and rare birds of local origin.

The survey conducted by Dr. Salim Ali in 1933 spotted about 130 species of birds. It being legally protected, Thattekkad is now a safe haven to about 320 bird species. Only 60 per cent of the total bird population at Thattekkad are permanent dwellers. The rest of them are migratory birds who have flown to the sanctuary from far off places. Experts are of the opinion that migratory birds from countries like Siberia, Tehran and Iran are regular visitors. On request, experienced guides are available to explain about the unique flora and fauna of Thattekad.

The Interpretation Centre at Thattekkad provides a vivid description of the different ecosystems. It also provides valuable information about those rare animal species that have made their way to the Red Data Book. Sculptures of various extinct birds, animals, insects and reptiles adore the Interpretation Centre. The sculpture of Dodo, the bird that has been wiped off from the earth long back, deserves special mention.

Those travelers who have a passion for trekking can avail themselves of the service of a guide to explore the deep forest. The three-hour journey through the woods would cost the traveler Rs. 500. However, due to the possible threat from wild animals, travelers are not allowed to stride further into the forest. Every trekking group consisting of five members need to have a guide with them.

Tree houses have been built at various points for those adventurous travelers who would love to stay back in the forest for a day or two. The watch tower that has been set up in the forest is an ideal viewpoint from where the whole forest could be surveyed.