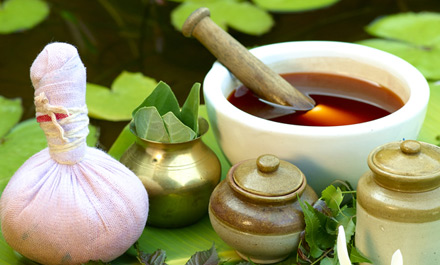 All Kerala Panchayats to have Ayurvedic dispensaries: CM

Kerala Government is taking steps to provide all panchayats in the state with Ayurvedic dispensaries by next year, Chief Minister Oommen Chandy today said.

Seventy more panchyats have to be sanctioned Ayurvedic dispensaries which will make Kerala cent per cent Ayurveda friendly state. This would be sanctioned soon, he added.

He was speaking at a function after inaugurating the Ayurvedic village of Sreedhareeyam Ayurvedic Eye Hospital and Research Centre at nearby Koothatukulam. Food and Civil Supplies Minister Anoop Jacob presided over.

The Chief Minister also released the English version of a collection of 1,000 ophthalmic methodologies titled ‘Nethrasahasrayogam’, a first of its kind book, compiled and authored by Dr N P P Namboothiri, Managing Director of Sreedhareeyam.