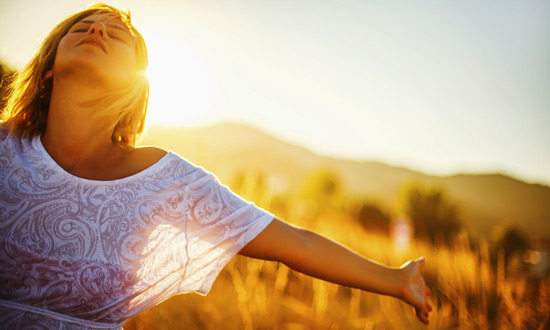 Researchers from the Dana-Farber Cancer Institute have shown in a new study that vitamin D can help the body fight against colorectal cancer by boosting the immune system.

The study, published in Gut, contributes to a growing body of research by identifying an association between vitamin D and how the immune system responds to cancer cells among a large human population sample for the first time.

Previous research has indicated that vitamin D could have a preventive effect against colorectal cancer. The vitamin is obtained through exposure to sunlight as well as certain foods and supplements.

The role of vitamin D within the body is to assist the immune system and contribute to calcium absorption and the growth and repair of bones. Some studies have also associated vitamin D with reducing the risk of multiple sclerosis, asthma symptoms and heart attacks.

“In this study, we wanted to determine if these two phenomena are related,” explains Dr. Ogino. “Does vitamin D’s role in the immune system account for the lower rates of colorectal cancer in people with high circulating levels of the vitamin?”

For the study, the researchers assessed data from 170,000 participants of two long-term research projects – the Nurses’ Health Study and the Health Professional Follow-up Study.

From the data pool, the researchers selected 942 participants – 318 with colorectal cancer and 624 who were cancer free. Each participant had had a blood sample taken in the 1990s, at a time before any of the participants had developed cancer. These samples were then tested for a substance produced in the liver from vitamin D.

Participants with high amounts of the substance – 25-hydroxyvitamin D (25(OH)D) – were found by the researchers to be less likely to develop colorectal tumors permeated with large numbers of immune system cells, suggesting that their hypothesis was correct.
Findings ‘vindicate basic laboratory discoveries’

“This is the first study to show evidence of the effect of vitamin D on anti-cancer immune function in actual patients, and vindicates basic laboratory discoveries that vitamin D can interact with the immune system to raise the body’s defenses against cancer,” states Dr. Ogino.

Unmeasured variables may have impacted on the study’s findings, acknowledge the authors. They write that the findings need to be replicated in other research, “given the uniqueness of the current study.”

Further evidence for vitamin D’s cancer-fighting qualities is provided in additional research from scientists at the Dana-Farber Cancer Institute. A team, led by medical oncologist Dr. Kimmie Ng, observed that patients with metastatic colorectal cancer and high levels of vitamin D prior to treatment survived longer than patients with lower levels of the vitamin in their bloodstream.

“This is the largest study that has been undertaken of metastatic colorectal cancer patients and vitamin D,” says Dr. Ng. “It’s further supportive of the potential benefits of maintaining sufficient levels of vitamin D in improving patient survival times.”

“In the future,” concludes Ogino, “we may be able to predict how increasing an individual’s vitamin D intake and immune function can reduce his or her risk of colorectal cancer.”