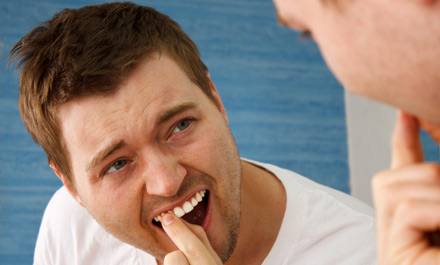 Tooth loss could be a sign of wider mental and physical decline, research shows

Tooth loss could be an indicator of wider physical and mental decline in older people, health researchers have said.

In a study of more than 3,000 over-60s, experts from University College London found that those who had lost their teeth performed less well on memory and walking tests than those who still had some of their own teeth.

The link is believed to be partly a result of behaviours that would have a poor impact on your dental, as well as your general health – such as smoking and drinking.

However researchers did observe a link between decreased mobility and tooth loss, which could not be explained by other factors.

Overall, older people who still had their own teeth performed 10 per cent better than those who had lost them, according to the research, published in the Journal of the American Geriatrics Society.

Dr Georgios Tsakos, a senior lecturer in epidemiology and public health at UCL and lead author of the study said that doctors could use tooth loss as a predictor of mental and physical decline.

“Regardless of what is behind the link between tooth loss and decline in function, recognising excessive tooth loss presents an opportunity for early intervention of adults at higher risk of faster mental and physical decline later in life,” he said.

Previous studies have suggested that those who brush their teeth more often and regularly visit the dentist have a greater chance of avoiding dementia – although causation has not been proved. Most experts believe that people who have better dental hygiene are simply more likely to be those who lead healthier lifestyles – lowering their risk of dementia through more established processes such as remaining a healthy weight and not smoking.