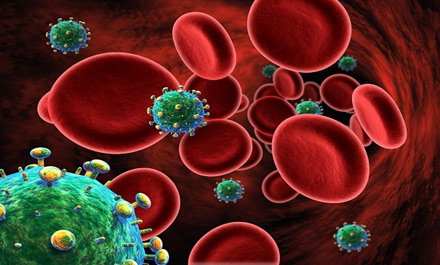 The Biggest HIV/AIDS Research Breakthroughs Of 2014

There’s a lot to be optimistic about in the global fight against HIV and AIDS. By the end of 2013, 12.9 million people were taking life-saving anti-retroviral therapies that suppress the virus and help people lead long, healthy lives — 11.7 million of which were from low- and middle- income countries, according to the World Health Organization.

Groundbreaking research is uncovering better ways to keep AIDS at bay and prevent HIV infection and transmission. There’s even some promising evidence that HIV’s ability to cause AIDS is weakening over time, as the result of genetic mutations.

To celebrate these advances, as well as World AIDS Day, we’ve rounded up a list of the most exciting HIV and AIDS findings of 2014.

Researchers are studying several different injectable drugs that can suppress the virus for months at a time, as opposed to a daily pill. Pharmaceutical companies GlaxoSmith Klein and Jansen are working together to develop monthly injection treatments, reported the South African site Times Live back in October. Monthly injectables could help people stay on top of their HIV-suppressing therapies better than daily pills and could even function as a preventive treatment, according to Times Live, but the technology is still five to seven years away. In the same vein, researchers are also testing if vaginal rings that release anti-retroviral drugs slowly, over time, will be able to protect women from contracting HIV, according to the South African site Health-E.

Broadly Neutralizing Antibodies Could Be Alternative To Anti-Retroviral Therapies

While anti-retroviral drugs can suppress levels of the virus successfully, levels of HIV go shooting up if the drug is ever stopped. Not so with BNAs, say researchers at Rockefeller University. There, scientists working with mice have shown that BNAs can prevent what’s known as “viral rebound” — when levels of HIV increase after treatment is stopped.

Researchers are making progress toward the possibility of vaccines, according to Harvard medical school professor Todd Allen, Ph.D. Allen runs his own research lab at the Ragon Institute of Massachusetts General Hospital, MIT and Harvard, where he uses genome sequencing to study how the virus interacts with a host’s immune system. Allen is hopeful that “development of an HIV vaccine is within our reach.“ Allen is especially optimistic about how experiments with monkeys demonstrated a way to protect them from SIV (simian immunodeficiency virus, a disease analogous to HIV in humans).

In South Africa, societal norms about circumcision and male sexual health have also shifted over the years. Since 2007, more than 1.5 million men have undergone the procedure, reports Voice of America.

More than 3,500 HIV-positive women from seven different countries enrolled in the trial, which compared HIV infection rates of newborn babies after their mothers had taken either the triple-drug treatment or the control treatment. Only 0.5 to 0.6 percent of babies contracted HIV after their moms took the triple-drug treatment, as opposed to 1.8 percent of babies from the control group. The trial’s findings support the World Health Organization’s recommendations for how to treat pregnant women with HIV.

Awareness And Access Still Have A Long Way To Go

It’s important to note that there’s still a long way to go in making sure everyone has access to the treatment they need to lead a healthy life. HIV/AIDS still affects approximately 35 million people worldwide, and not all of them have adequate access to anti-retroviral drugs or even primary health care.

For instance, in the U.S. only three in ten Americans with HIV are keeping their virus levels low with regular treatment, and only half of gay and bisexual men with AIDS are getting the care they need.

Meanwhile, in countries like Mozambique with severely limited access to primary health care, traditional healers are often people’s only option for treatment, and they often end up delaying vital HIV treatment. A study by researchers at Vanderbilt University Medical Center found that HIV-positive people in rural areas of the country had delays in treatment that were 2.4 times longer than those who didn’t visit a traditional healer. Among those who visited the traditional healer, 56 percent reported that “curses” were to blame for their HIV symptoms. Also, 55 percent of those who saw one healer said that they were cut with a razor blade and then had herbs rubbed into the cuts.