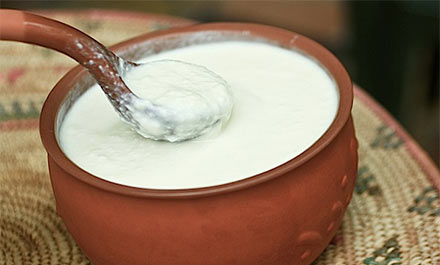 Dietary recommendations support the consumption of dairy products as part of a healthy diet. However, after a Spanish study involving more than 4,000 people analysed the relationship between the regular intake of yogurt and health-related quality of life, it declared that there was no link with the improvement of the physical and mental parameters analysed.

For years various researchers have stated the benefits of eating yogurt on a regular basis although its effectiveness has never been proven. In fact, until now, few studies have specifically examined the effect of consuming this product on health.

Now, a new study carried out in Spain evaluates whether there is a link between the regular consumption of yogurt and the physical and mental improvement in health-related quality of life (HRQL) in the adult population, gauged from the SF-12 survey.

Led by researchers from the Autonomous University of Madrid, the study analysed the relationship between the consumption of yogurt and the change in the test score over a three-and-a-half-year period in a sample of 4,445 Spanish adults.

“The regular consumption of yogurt was not linked to health-related quality of life,” as lead author Esther López-García explains. “For future research more specific instruments must be used which may increase the probability of finding a potential benefit of this food.”

The results, published in the Journal of the Academy of Nutrition and Dietetics, also found no link for individuals with no diagnosed illnesses, who had never smoked and who followed a Mediterranean diet, or rather those without any risk factors which could obscure the relationship under review.

“In comparison with people that did not eat yogurt, those who ate this dairy product regularly did not display any significant improvement in their score on the physical component of quality of life, and although there was a slight improvement mentally, this was not statistically significant,” adds López-García.

Currently, claims of the health properties of food items must be scientifically evaluated in accordance with the European Food Safety Authority (no.1924/2006).

The US Department for Agriculture also reviews the claims proposed by the food industry to allow or reject the use of these assertions for commercial purposes. This study provides new information to evaluate the claims from the dairy industry.

The main dietary guidelines in Spain and other countries support the consumption of dairy products as part of a healthy diet. “This is because the majority of studies have focused on the effect as a whole, but it would be interesting to evaluate the independent association between each type of product and global health indicators,” the researcher points out.

Up until now, several pieces of research have suggested that the consumption of yogurt could influence directly or indirectly on HRQL. For the experts, one of the reasons may be because it is rich in calcium, protecting the bones and which could help to combat osteomuscular illnesses, one of the conditions with greatest negative impact on quality of life.

Source : Journal of the Academy of Nutrition and Dietetics