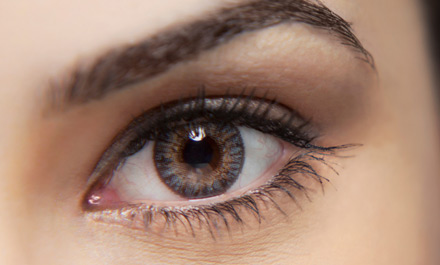 Stem cells found in the eye can restore vision

Stem cells found in the eye could help restore vision to the blind, say researchers from India and the US.

The scientists applied the stromal stem cells retrieved from the limbus area of the eye to damaged corneas and found they healed and became clear again within four weeks of treatment.

The stem cells from human eyes were tested on an experimental model of corneal scarring.

Scarring or whitening of the cornea affects more than 250 million people worldwide, reports the Press Trust of India.

“Even at the microscopic level, we could not tell the difference between the tissues that were treated with stem cells and undamaged cornea,” said James L Funderburgh, a professor of ophthalmology at the University of Pittsburgh School of Medicine.

The findings are published in “Science Translational Medicine”.

Studies have reported success in the use of stem cells to restore vision. A recent study used embryonic stem cells in retinal pigment epithelium cells, which were then transplanted into 18 patients.

The three-year study published in the Lancet proved the treatment was safe after each patient received a transplant of between 50,000 and 150,000 of the cells into one eye. Many reported improved vision.

Stem cell treatments are still in their early days and there is concern that the cells could be rejected by the immune system or grow into tumours. But the eye is a favoured target as it does not produce a strong immune response.

Stem cells are the body’s growth and maintenance units that differentiate into the various cell types to build organs. At later stages, they are used by the body to replace damaged tissues.