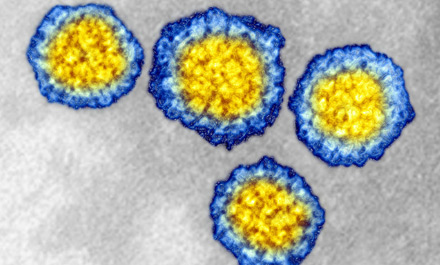 Two medical organizations have recommended testing for the human papillomavirus (HPV) to screen women for cervical cancer before using a Papanicolaou – or Pap – smear for screening.

The new guidance is not universally accepted by all major medical organizations. However, the document does give some direction to doctors who may use the HPV test for screening, says lead author Dr. Warner Huh, from the Society of Gynecological Oncology and the American Society for Colposcopy and Cervical Pathology.

The HPV test has been approved by the U.S. Food and Drug Administration – but even more important than getting FDA approval “is getting accurate information to providers so they can understand the approach,” said Huh.

About 12,000 U.S. women were diagnosed with cervical cancer in 2010 and about 4,000 died from the disease, according to the Centers for Disease Control and Prevention.

Roughly 91 percent of cervical cancers are thought to be caused by HPV.

At present, both the HPV test and the Pap test involve scraping cells from a woman’s cervix and vagina to be sent for testing. A Pap test looks for abnormal cells that may be pre-cancerous. The HPV test, on the other hand, checks for the presence of the virus.

Last summer, a study found that the HPV test is better than the Pap test at assessing whether women are at risk for cervical cancer (see Reuters Health story of July 18, 2014 here: http://reut.rs/1xJEDou.)

The new guidance, which is based on a review of 11 studies, suggests that women first be screened with an HPV test at age 25. If the test is negative, they should not be screened for another three years.

If the HPV test is positive for HPV strains 16 and 18, the ones most likely to lead to cancer, it should be followed by a biopsy of the cervix.

If the women test positive for other strains of HPV, they should receive a Pap test, according to the guidance, which is published in Gynecological Oncology and two other medical journals.

For women younger than age 25, the new guidance says they should follow the current recommendation for Pap testing.

In 2012, the government-backed U.S. Preventive Services Task Force (USPSTF) recommended that women between ages 21 and 65 years be screened using a Pap test every three years and said those ages 30 to 65 years could instead opt for cotesting, which is a Pap test in combination with a HPV test, every five years.

The American College of Obstetricians and Gynecologists (ACOG) had a representative among the authors of the new guidance, but ACOG still supports its existing recommendation, which mirrors that of the USPSTF.

Huh said one of the major concerns is that screening women with the HPV test in their 20s leads to unnecessary further testing because so many people in this age group will test positive for a strain of the virus.

HPV is the most common sexually transmitted infection and affects both men and women. About 79 million people are infected but most don’t know it because symptoms are uncommon and the virus usually clears on its own.

“We think the balance of procedures and diseases are justifiable,” said Huh, who is also an expert on gynecologic oncology at the University of Alabama in Birmingham.

Dr. George Sawaya and Miriam Kuppermann write in an editorial published in Obstetrics and Gynecology that the possible harms of HPV screening reach beyond additional testing.

For example, women may be left with unexplained test results. Or, they may told of results showing abnormal cells that are destined to clear up on their own.

“Such surveillance recently has been found to be associated with significant psychological distress in 39 percent of women,” they write.

Dr. Brent DuBeshter, director of gynecologic oncology at the University of Rochester Medical Center in New York, also questioned the use of HPV testing among younger women.

“Because it’s so common and disease is so uncommon in that age range, you wouldn’t think it’s a very good age range for that,” said DuBeshter, who wasn’t involved in the new guidance.

In his opinion, DuBeshter added, HPV testing will eventually overtake Pap tests for cervical cancer screening, but it’s hard to know when, because change in medical practice is usually slow.

Huh said a HPV test costs roughly $48. That is comparable to a Pap test, according to DuBeshter.

“These options become completely irrelevant if women don’t come into to be screened,” Huh said.