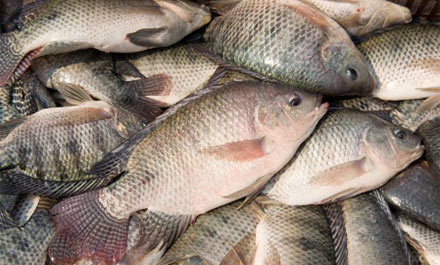 Tian Zhou, from the Shanghai Jiaotong University School of Medicine in China, and colleagues report their findings in the journal ACS Applied Materials and Interfaces.

Collagen is a structural protein that accounts for around a quarter of all the protein in our bodies. It is the major constituent of connective tissues, tendons, skin, bones, cartilage, blood vessels and membranes.

Collagen is the “warp and woof” that holds tissue together in different forms – from molecular cables that strengthen tendon fibers to resilient sheets that support the skin and internal organs.

And when you add mineral crystals to collagen, you have the basic material for making bones and teeth.

Wound dressings made from collagen have several advantages – they keep out bacteria, they are easy to apply, they are natural, hypo-allergenic and pain-free.

However, because they are made from collagen taken from cows and pigs (bovine and porcine collagen), collagen wound dressings also carry a slight risk of transferring conditions such as foot and mouth disease.

Fish collagen would not pose such a disease risk – but does it perform well as a wound dressing? The team behind the new study decided to find out.

For the study, they made nanofibers from the collagen of tilapia fish and used them to cover skin wounds on rats.

The team found rats with the nanofiber dressing healed faster than those without it.

In lab tests, the researchers found various ways in which the fish collagen nanofibers “could promote the viabilities” of human skin cells, including stimulating genes that code for various binding proteins and growth factors.

Cell tests also showed the fish collagen was unlikely to cause an immune reaction – an important requirement for a wound dressing.

The team suggests the tilapia collagen should now be tested and developed for clinical use.

Tilapia is a tropical, freshwater fish that thrives naturally in the very warm waters of Africa and the Middle East.

Tilapia is an increasingly popular seafood in the US, where it is grown in closed tank systems. However, most tilapia sold in the US is imported from Latin America and Asia, where the fish are raised in outdoor freshwater farms.

In Australia, tilapia is causing serious negative impact in some waterways. In Queensland, the authorities have declared tilapia a noxious fish, and there are stiff penalties for releasing the fish alive or dead into waterways there.

The National Natural Science Foundation of China funded the study.

In May 2014, Medical News Today learned how new research conducted at the University of Manchester Healing Foundation Centre in the UK showed wound healing is affected by bacteria living on skin. The researchers said it may be possible to could swab a wound and look at the profile of bacteria to see if it is likely to heal quickly or persist. Such information could also be useful in deciding how to treat the wound.