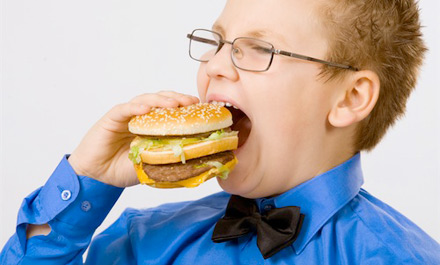 According to researchers, kids who eat lots of fast food have lower test scores in science, math and reading. Fast food is already known to cause obesity and skin problems in kids.

Kelly Purtell, lead author of the study, and her team from Ohio State University conducted a nationwide study that examined the habits of over 11,700 young American 10 year olds. They also accounted for factors like socioeconomic indicators, such as family income and place of living, as well as physical activity and TV watching.

They found that fast food lacks sufficient amount of iron. Regular intake of such food slows down certain process of the brain. These foods also contain a high amount of fat and added sugar, which affects the brain’s ability to focus and be attentive.

“Research has been focused on how children’s food consumption contributes to the child obesity epidemic. Our findings provide evidence that eating fast food is linked to another problem: poorer academic outcomes,” said Kelly Purtell.

The researchers analyzed the rates of fast-food consumption among children. They found that 10% of children eat it every day. Another 10% eat it four to six times in a week. More than 8,500 children or 52% eat fast food one to three times in a week.

The researchers then analyzed their test results. They found daily fast food eaters got an average of 79%, but those who never ate fast food scored an average of 83%. The same results were seen in the scores of math and reading. The report also goes on to state that consistent consumption of fast food steadily decreases mental ability.

Fast food accounts for 13% of the total diet of Americans from 2 to 18 years of age. Nearly a third of American kids between the ages of 2 and 11, and nearly half of those aged 12 to 19 eat or drink something from a fast food restaurant each day.

The findings were published in the Clinical Pediatrics journal.