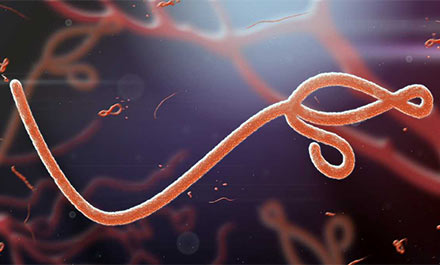 Researchers discovered Ebola can be contracted from bodies for up to seven days following their death.

Researchers sampled deceased Ebola-infected monkeys and discovered the virus remained viable for at least seven days, the National Institutes of Health (NIH) reported. The scientists also detected infectious viral RNA for up to 70 days after death.

The findings suggest Ebola could be contracted from deceased bodies for an extended period of time following their death, and highlights the extreme importance of exercising safe and sanity practices when handling corpses.

To make these findings, scientists at NIH’s National Institute of Allergy and Infectious Diseases took samples from five diseased used in Ebola virus studies that had been euthanized after showing signs of the disease. They placed the bodies in chambers that mimicked the environmental conditions in West Africa.

The team sampled seven different body surfaces and removed tissue from different internal organs, allowing them to measure the concentrations of live Ebola virus and viral RNA. They found the live virus was detectable in surface swabs up to seven days after death, and in tissue samples for up to three days. Viral RNA was still seen in several swabs and samples for as long as 10 weeks after death.

“The scientists believe these findings are likely to be consistent for non-human primates such as gorillas and monkeys. In fact, they designed the study to test animals found dead in the wild, but shifted the timing and emphasis to human implications related to the ongoing West Africa Ebola outbreak,” the NIH reported.

The findings were published in a recent edition of the journal Emerging Infectious Diseases.