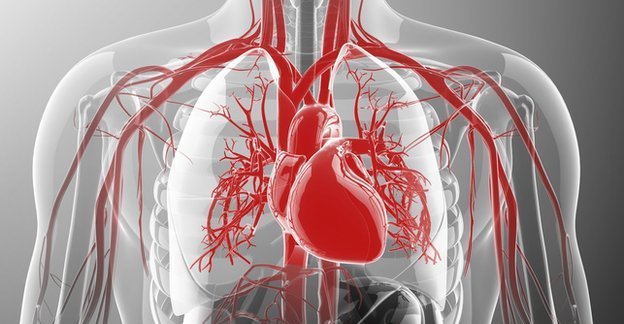 Check if your heart is ‘older’ than you, say doctors

People are being urged to find out their “true” heart age in order to cut the risk of heart attacks and strokes.

Leading UK doctors say we need to look beyond biological age to consider what toll a lifetime of risk factors such as smoking will have on the heart.

If not, we will continue to miss early opportunities to intervene to prevent ill health, they told the journal Heart.

They have come up with a new risk calculation, called JBS3.

By only using short-term risk estimates, which are heavily dependent on age and gender, younger people and women tend to be overlooked”

This, they say, should reveal a person’s “true” heart age and risk.

Currently, doctors look at short-term risk to judge who they should help, and people who have a high chance of a heart attack or stroke in the next 10 years are their priority. But experts now say this is too narrow.

New guidelines issued by the Joint British Societies say doctors should look at the risk throughout a person’s lifetime – and assess their “true” heart age.

The JBS3 sum used to calculate true heart age takes family and lifestyle risk factors into account to predict how many more years an individual can expect to live before she or he has a heart attack or stroke, depending on the future actions they might decide to take.

For example, a 35-year-old woman who smokes, has high blood pressure and raised cholesterol, plus a strong family history of heart disease, will have a true heart age of 47.

Using current heart assessment methods, which look at short-term risk of heart attack and stroke (within the next 10 years), her risk would be deemed low – less than 2%.

But if the same woman stopped smoking and lowered her cholesterol and blood pressure, not only would her “heart age” fall to 30, she could also expect to live to the age of 85 without having a heart attack or stroke.

And she would cut her risk of heart attack or stroke within the next 10 years even further – to less than 0.25%.

The UK experts behind JBS3 – the Joint British Societies, which includes the British Cardiovascular Society , the British Hypertension Society and nine more – say their approach is based on the growing body of evidence showing that there is a long build-up to cardiovascular disease, and that most heart attacks and strokes occur in people who are in the “intermediate” risk category.

It will be used by the NHS Health Check programme in England aimed at 40- to 74-year-olds, but is not intended to prompt blanket prescribing of statins and other heart health drugs, say the authors.

For the majority, the recommendation will be to lead a healthier lifestyle rather than pop a pill, they insist.

Dr Iain Simpson, president of the British Cardiovascular Society, said: “By only using short-term risk estimates, which are heavily dependent on age and gender, younger people and women tend to be overlooked even if they have substantially elevated modifiable risk factors and are consequently at high lifetime risk.”