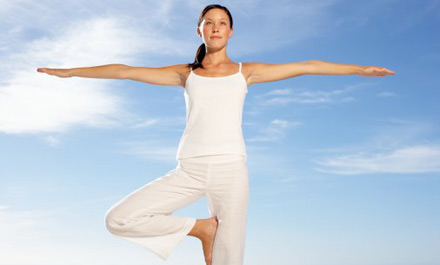 Capacity to balance on one leg reflects brain health

The study, published in Stroke, reports an association between a lack of balancing skills and an increased risk for small blood vessel damage and reduced cognitive function in people who appear otherwise asymptomatic.

“Our study found that the ability to balance on one leg is an important test for brain health,” said lead study author Yasuharu Tabara, from the Kyoto University Graduate School of Medicine in Kyoto, Japan.

The ability to stand on one leg has previously been recommended as a predictor of certain health outcomes. In a study published in the BMJ earlier this year, researchers found an association between the amount of time people at the age of 53 were able to balance on one leg and all cause mortality rates.

Small vessel disease damages arteries by making them less flexible, interfering with the flow of blood. The incidence of this disease often increases with age.

The researchers asked participants to stand on one leg for up to 60 seconds (if possible) with both eyes open. This examination was carried out twice, with the best recorded time from each participant used within the study analysis. A total of 841 women and 546 men, with an average age of 67, participated in the study.

Cerebral small vessel disease was associated with being unable to balance on one leg for more than 20 seconds. In particular, the researchers noted an association with small subclinical infarctions – obstruction of blood supply to tissue leading to tissue death – such as lacunar infarctions and microbleeds.

The following numbers of participants had trouble balancing on one leg:

Inability to stand on one leg for particularly long was also independently associated with lower cognitive functioning scores.

Participants found to have cerebral small vessel disease were, on average, older with higher blood pressure and thicker carotid arteries than participants without damage to their brains. Once the researchers adjusted their findings for these factors, participants with more subclinical infarctions were found to have shorter times for standing on one leg.

Potentially a ‘consequence of the presence of brain abnormalities’

The researchers write that previous studies have consistently found evidence supporting a relationship between postural instability and changes within the brain, but few have extended this connection to lacunar infarction or microbleeds.

A major limitation of the study is that the researchers did not assess the participants’ histories of falling or potential physical fitness issues, including abnormalities in their gaits, which could have had major implications for their findings.

The authors state that additional long-term studies will be required in order to verify these findings and fully assess the significance of postural instability.

“One-leg standing time is a simple measure of postural instability and might be a consequence of the presence of brain abnormalities,” concludes Tabara. “Individuals showing poor balance on one leg should receive increased attention, as this may indicate an increased risk for brain disease and cognitive decline.”