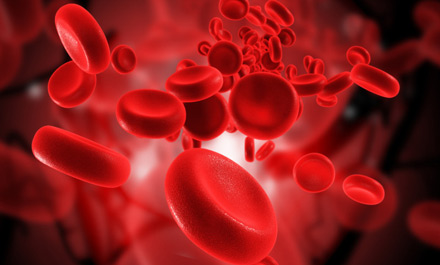 Blood groups A, B and AB tied to higher diabetes risk

A study suggests that certain blood types may put women at a greater risk for developing type 2 diabetes.

The study, published in the journal Diabetologia, found that compared to individuals with blood type O, the blood groups A, B and AB in women carried a heightened diabetes risk.

Led by Guy Fagherazzi of the Centre for Research in Epidemiology and Population Health, at the Gustave Roussy Institute in Villejuif, France, researchers analysed data on more than 82,000 French women.

All the women were tracked from 1990 to 2008, with researchers examining the Rhesus (Rh) factor, which further distinguishes blood type as positive or negative.

Those with group B were 21 per cent more likely, while the highest increased type 2 diabetes risk was found in B+ when compared to O- woman.

The authors suggested that their findings might apply to men as there were no results that appeared to be gender-specific.

They also said the reasons behind this association were unknown, but the impact of blood type on diabetes risk could be related to inflammation, metabolic activity and molecular structure.

“I’m really not sure it sheds any light on the subject,” Ratner added. “Over an 18-year period they were only able to identify about 3,500 cases of diabetes out of 82,000 women.

“Compared with what we know about diabetes here and in France, that it basically means they didn’t really identify people with diabetes. And that means that all of their statistics are highly doubtful.”