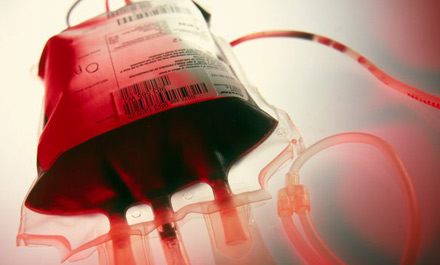 Blood-based therapy an answer to Ebola?

With no drugs available to treat Ebola, all eyes are now on a therapy that had largely been relegated to the history books.

The therapy is all about transfusing patients with blood plasma donated by survivors, which contains antibodies against the virus, scientific journal Nature reported.

Clinical trials of convalescent plasma therapy (CPT) have started in the past few weeks in Liberia and are due to begin soon in Guinea and Sierra Leone.

If the therapy saves lives, the approach could quickly be scaled up.

Success would also raise awareness of CPT’s potential to treat other new and emerging infectious diseases for which there are no readily available effective drugs or vaccines, such as SARS, avian influenza and Middle East Respiratory Syndrome (MERS).

“Clinical trials of convalescent plasma should be considered in other emerging infections,” David Heymann, infectious disease researcher at the London School of Hygiene and Tropical Medicine and chair of Public Health England, was quoted as saying.

Results from the first safety and efficacy trials in West Africa are expected within weeks.

If the therapy is effective, many of the thousands of Ebola survivors there will be potential donors, each capable of giving up to one litre of plasma every two weeks.

“Even relatively poor countries often have a good enough infrastructure for processing blood to use the therapy,” Heymann said.

However, adequate screening for pathogens in donated blood can be an issue in poorer countries.

In the CPT Ebola trials, a chemical is being added to the donated blood. When the mixture is exposed to ultraviolet light, the compound irreversibly crosslinks the DNA and RNA of pathogens, preventing their replication.

Many scientists have long argued that CPT has been wrongly neglected, both as a therapy for emerging diseases and in preparation for future unknown threats.

Today, the approach is gaining ground.

Trials of convalescent plasma are beginning for the treatment of patients with MERS, which has infected 938 people and killed 343 of them since it was discovered in 2012, the report added.