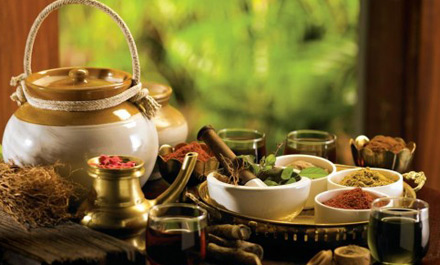 A time to detoxify the mind and body

Come rains and the month of prayers and rituals is here. The rituals and names differ according to your ‘labelled’ beliefs. Some call it Ramadan, a time for Iftar and Quran and some, Karkidakam, a time for medicinal gruels and Ramayana recital.

People go hunting for ‘mukutti’ shrubs as the ‘Adhyatma Ramayanam’ rendering echoes from temples and homes. Accompanied by torrential rains, the ninth month of the Kerala calendar, used to be a time of scarcity. The rains used to wreak havoc on the fields and crop production declined leading to scarcity of food. This prompted our ancestors to take cautionary steps and go into damage control mode. And being the ingenious people that they were, they came up with a concoction of rice and herbs­ which filled the tummy and took care of health during monsoon.

The ‘karkidaka kanji’ or ‘marunnu kanji’, was a gruel made with the ‘njavara’ rice and 20-­odd herbs like fenugreek, pepper grass, black cumin, ‘aashali’, ‘varattu manjal’ etc. If it was food that was frugal in the olden times, it’s time that is scarce now. In the rush to take kids for classes and reach the office in time, the whole process of making the ‘kanji’ looks cumbersome.

Fear not, for the market has a solution for that too. Readymade packets of karkidaka kanji (karkidaka koott) are easily available in the market these days. “The ‘karkidaka kanji’ is like a health tonic,” says Geetha T T, a housewife. The medicinal porridge is rejuvenating and keeps a check on monsoon fevers. It removes impurities from the body, supplements the body fluids and also prevents rheumatism. It helps increase immunity and adapt to the climatic changes, as the season moves from one of scorching heat to heavy rains.

Ayurveda recommends ‘ritucharya’, which is about following a strict diet and lifestyle to combat the changing seasons. ‘Panchakarma’ treatments and soups made from ‘dashapushpam’ are also advised.

‘Kilipattu Ramayanam’ by Thunjath Ezhuthachan is recited in various households and monasteries. “The recitals used to be a means of heralding a sense of well being and prosperity, and keep the repercussions of natural calamities at bay. We always take the name of God in times of hardship after all,” says Geetha. It’s a time to go on pilgrimages to the ‘naalambalam’ too. ‘Karkidaka vaavu tarpanam’ is another ritual wherein tributes are paid to ancestors on the new moon day of the month.

Set some time aside to pamper your mind and body with some medicinal concoctions during the month. As always there is something to look forward to. For, the month of scarcity is followed by ‘Chingam’, the month of plenty.