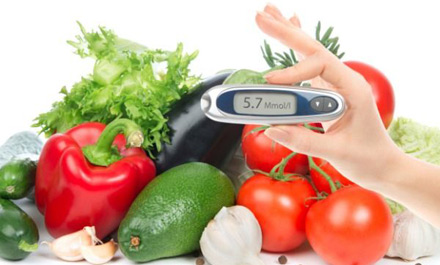 4 shocking facts and statistics about diabetes

A study titled ‘Lifespan D-Myth 2014′, Wenesday revealed some shocking facts and statistics about diabetes and people’s knowledge about the disease. The study, conducted among 5,065 Indians in 16 cities on a one-to-one basis, was aimed at mapping people’s perceptions along with behaviour-related outcomes of diabetes management. It also brings to light poor diabetes management among Indians, which it links to ignorance and prevalence of myths.

50% diabetics don’t know it can cause heart disease:

Over 50 percent of diabetes patients in India are at the risk of developing heart diseases, while 63 percent are at risk of getting microvascular complications. Many others are under enhanced risk of developing eye problems, especially retinopathy. ‘Eighty percent of diabetics in India have higher cardiometabolic scores while 50 percent are ignorant about the fact that diabetes could lead to heart disease,’ said the report by Lifespan, a healthcare company dedicated to the management of diabetes and cardiometabolic disorders.

69 % diabetic don’t know the impact of diabetes on sexual life:

The study revealed that 60 percent of diabetics in India suffer from autonomic nervous system dysfunction and 69 percent were clueless that diabetes can also affect their sexual life. ‘The study’s findings are unique in terms of the insights it provides on people’s perceptions about diabetes and its effects on morbidity and mortality.

Many diabetics believe that jaggery, fruit juice and honey is good for them:

According to the report, 29 percent of diabetics use honey and jaggery during diabetes and 41 percent believed these were actually good for people suffering from diabetes. ‘Also 33 percent regularly consume juices, which have high glycaemic index (not good for diabetes), with nearly one out of two people considering all fruit juices were good for diabetes,’ the report said.

40 % believe that eating karela and methi  can cure diabetes:

The report also said that though it was well established that bitter gourd (karela) and fenugreek (methi) cannot treat diabetes, 40 percent believe that eating them can cure diabetes. Another 27 percent were found to be taking these alone to deal with diabetes.

‘People in non-metro cities were slightly more informed and aware than people in metro cities about the correct measures of diabetes,’ the report said. Considering the huge burden of diabetes on the country, the findings should help us lay out a road map to ensure its prevention and management,’ Lifespan Wellness group MD and CEO Ashok Jain said in a statement.