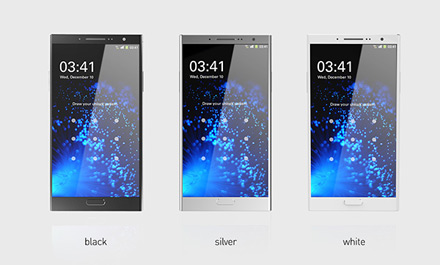 Thoughts On The Samsung Galaxy S6

Many expected Samsung to unveil the much-anticipated Galaxy S6 at the ongoing Consumers Electronics Show in Las Vegas. However, to the dismay of a lot of consumers, the company has not featured a single smartphone at the event.  Instead, the company has put emphasis on its TVs and monitors with curved form factor. Because of this, many tech enthusiasts are imagining that it will not be long before they get to see these type of curved screens on the company’s smartphones, more particularly, on the purported Galaxy S6 variant, the S6 Edge.

Rumors persist that the Samsung Galaxy S6 will arrive with a variant similar to the Galaxy Note Edge. And just like the Galaxy Note 4 and the Note Edge, the Samsung Galaxy S6 and the S6 Edge will reportedly share the same specs and features except for the screen that extends to the side. The handsets will include features such as a 5-inch screen quad HD display, Snapdragon 810 SoC or octa-core Exynos 7 chip, 3 GB of RAM, and 16-megapixel or 20-megapixel back camera.

The handset will surely run with the latest Android 5.0 Lollipop OS topped with Samsung’s TouchWiz UI. Meanwhile, there are also rumors that the handset will come with Seinnheiser earbuds to counter HTC and Beats partnership.

The Samsung Galaxy S6 Edge is rumored to be a limited edition device. This means that the device will be produced in limited quantities. According to reports, only 10 million Galaxy S6 Edge units will be made available. However, the reports were quick to add that the first batch of the Galaxy S6 Edge will test whether the smartphone will be received warmly by consumers, which may or may not prompt Samsung in releasing more supply.

The same rumor emerged when Galaxy Note Edge was released. However, Samsung has not confirmed whether the Galaxy Note Edge is a limited edition handset and there seems to be an adequate supply of the smartphone.

So far, Samsung has kept everyone guessing as it has not announced the details of any of its future handsets.

Although there is nothing official from Samsung yet (don’t expect anything for a while), there is plenty to say about the release date of the Galaxy S6. For starters it’s extremely likely to arrive at MWC 2015. Read: iPhone 6 release date, price, specs and new features.

Samsung, like other hardware manufacturers has got into a rhythm of launching a new flagship smartphone once per year. Just as the Samsung Galaxy Note 4 and iPhone 6 were expected to launch in September and did so, we (along with many others) expect the Galaxy S6 to launch close to MWC.

The Korean tech giant has launched previous Galaxy S phones near to the Barcelona show; in fact, the Galaxy S5 was announced in the Spanish city at MWC 2014. MWC 2015 is scheduled for 2 March so we fully expect the Galaxy S6 to be unveiled close to this date at an Unpacked event.

There is the odd murmur that Samsung will bring it forward due to disappointing Galaxy S5 sales, and that it might appear at CES 2015. But while Samsung was alleged to be showing the S6 behind closed doors, there was no mention of the next Galaxy flagship in its CES press conference.