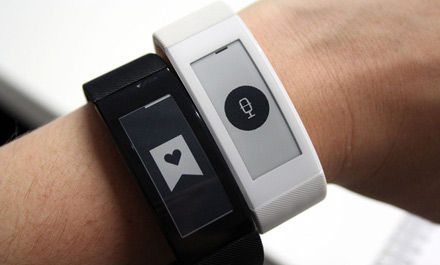 Sony is reportedly planning a smartwatch with a wrap-around e-paper screen next year, as part of an experimental program to create more innovative products.

According to Bloomberg, the entire surface of the watch will be covered in electronic paper, using a patented material. This could allow users to change the appearance of both the band and the watch face, and display information on different parts of the band. While there’s no word on what features the watch will include, the emphasis will reportedly be on form over function.

The watch may be part of a larger effort by Sony to find sparks of creativity within its walls. As Bloomberg points out, Sony CEO Kazuo Hirai created a new “business creation” division earlier this year, aimed at funding and fast-tracking fresh ideas from Sony engineers. The program has several components, including one in which Sony employees can pitch their ideas to the company or to an outside expert panel in hopes of getting venture financing.

The idea is to restore a culture of innovation to Sony, which transformed the tech industry decades ago with products like Walkman. In recent years, however, the company has abandoned the PC market and has struggled with mobile devices, and it’s still hemorrhaging cash in its once-dominant TV business.

The story behind the story: Sony has already released a few smartwatches and a fitness band with an E-Ink display, none of them really stand out from the wearable pack. A watch fully covered in e-paper at least sounds unique, but that’s not always enough. As we’ve seen from smartphones with dual-screens and edge-to-edge displays, these kinds of innovations risk being different for different’s sake, and not actually more useful than what’s already out there. The real challenge for Sony’s new business creation division will be to steer clear of the former category.