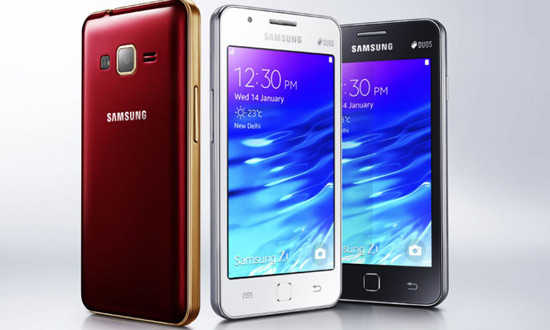 The Z1 device went on sale in India in Wednesday for 5,700 rupees ($92) each, targeting first-time smartphone buyers, the world’s No.1 smartphone maker said in a statement. The no-nonsense handset – one of Samsung’s cheapest – sports a 4-inch display, a plastic body and a simplified user interface.

The launch is a key step in the company’s strategy to break free from the Android platform, which powers Samsung’s flagship Galaxy devices and most other smartphones on the market.

At less than $100, the Z1 will be able to compete with low-price offerings by manufacturers like Micromax Infomatics Ltd in India. The price will also help convince first-time smartphone buyers to try a Tizen-powered device, analysts said.

“Samsung has better chances of success with first-time smartphone users, who may have limited exposure to the huge ecosystem offerings from Android or (Apple Inc’s (AAPL.O)) iOS,” IDC analyst Kiranjeet Kaur said ahead of the launch.

While India is already the world’s third-biggest market for smartphones, most consumers in the country do not yet own one of the devices, meaning the growth potential is huge.

A Samsung spokeswoman said the firm had not decided whether to launch the Z1 in any other countries. Samsung is however pushing to grow Tizen on other platforms such as televisions.

Until now, Tizen has been deployed only in Samsung smartwatches and cameras, leading some analysts to doubt if it would ever power devices in the crucial smartphone business. The mobile division as a whole accounted for about 68 percent of the firm’s operating profit in 2013.

Samsung says more than 1,000 apps will be available for download in the Tizen Store – a tiny fraction of the number of offerings on Google Play. The Z1 comes with pre-installed apps and web links to services like Amazon.com, Flipkart, Facebook, Twitter, LinkedIn, Yahoo and YouTube.

Z1 buyers will also get free data from Indian mobile operators Reliance Communications Ltd (RLCM.NS) and Aircel for six months, as well as free music and video content worth a combined 1,750 rupees per year.