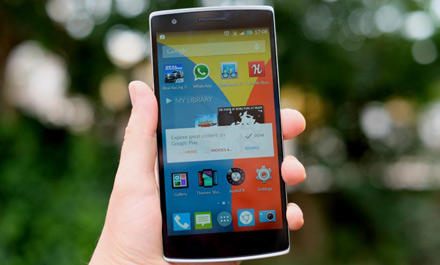 OnePlus, the China-headquartered startup behind the One smartphone has finally launched the much-talked about phone in India at Rs 21,999. Months after announcing its entry in the region, the company has informed that the OnePlus One will be exclusively available for purchase on Amazon.in starting December 2, 2014.

Months after announcing its entry in the region, the company has informed that the OnePlus One will be exclusively available for purchase on Amazon.in starting December 2, 2014. It is also hosting a launch event in New Delhi.

In line with its global invite system, users in India will receive India-specific invites through OnePlus and Amazon.in.

According to the company, the two platforms have been integrated so that invites claimed into a OnePlus account can be used to purchase the device on Amazon.in.

According to OnePlus, the OS will be bloatware-free and only carry features important to users. It also says it has no plans of departing from Google’s Material Design and will not add unnecessary customizations. The OS was originally being developed for OnePlus’ future products.

When the OS reaches a production-grade build, OnePlus will set-up physical ‘stations’ where it will help users flash their existing OnePlus One with the OS. It will also offer online instructions for users who prefer to flash their devices on their own.

The company has tied-up with HCL Care to offer after-sales service in 20 cities actoss India.

The launch marks OnePlus’ first-ever entry into a new market with local presence and collaboration with a local partner. It will also be the first time that OnePlus will have a physical presence outside of their headquarters, with a local team led by Vikas Agarwal, general manager of OnePlus India. The country will also be the first region in which OnePlus is setting up a localized service infrastructure, offering phone and walk-in support to users.