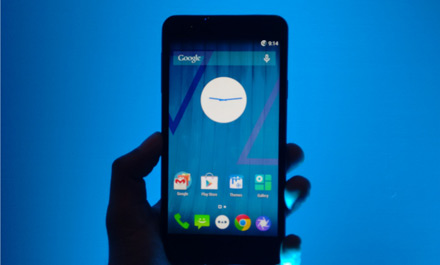 Micromax, the Indian electronics brand that got OnePlus banned from selling phones in India, has just launched its Yu brand of high-spec smartphones, along with its first device powered by Cyanogen OS.

The dual SIM device will retail exclusively on Amazon India at Rs. 8,999 (~$147), with registrations to purchase opening tomorrow and sales slated for the second week of January.

The Yureka will come with Cyanogen OS 11 based on Android KitKat 4.4, and this is where the trouble began for OnePlus. Cyanogen Inc. first had an agreement with OnePlus to load the Chinese manufacturer’s phones with its OS and support it across all markets, but then signed up with Micromax to power Yu phones exclusively in India.

The exclusivity clause forced OnePlus to begin working on its Android OS build for India, which might be ready by February — but it also allowed Micromax to seek an injunction against OnePlus, which barred the latter from selling its phones in the country, as the existing OnePlus One stock shipped with Cyanogen’s OS and branding on the devices.

It’s indeed a puzzling case that, unfortunately for OnePlus, has worked out wholly in Micromax’s favor. Innovation law blog SpicyIP notes that no trademark or copyright (in the OS) claims are being asserted in this case. As such, OnePlus could have argued that it cannot be sued to enforce a contract between Micromax and Cyanogen.

Additionally, it seems odd that Cyanogen Inc. just didn’t seem to care about how things would turn out for OnePlus in India after the former signed up exclusively with Micromax in the country, as this timeline on Medianama indicates. The sequence of events also describes how Cyanogen flip-flopped on the issue of providing OTA updates for OnePlus devices in India.

It’s possibly just the way money and business work, but from the chatter on social networks and forums, there’s no doubt that Cyanogen has lost a fair amount of goodwill. However, with the Yureka priced as low as it is, Micromax and Cyanogen will most likely find a whole new legion of fans in India.