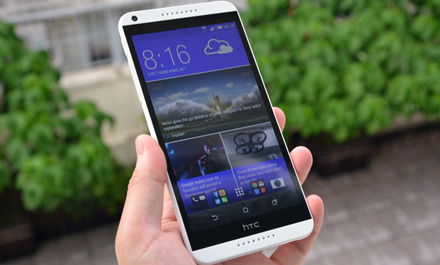 Looks like Taiwanese tech major HTC is all set to launch the 3G variant of its Desire 620 smartphone in India, very soon. The HTC Desire 620G smartphone was recently spotted on a popular e-retail website (Snapdeal) as available at a price tag of Rs. 15,900. The device is however listed as ‘sold out’ as we speak. There is also no official word from HTC regarding the availability of the said device, but as things stand, we might see the official launch soon enough here.

The HTC Desire 620G features a 5-inch HD IPS display with a 720 x 1280 pixels resolution. It is powered by a 1.7GHz octa-core MediaTek MT6592 processor coupled with 1GB of RAM. It comes with 8GB of inbuilt storage expandable up to 32GB via microSD card.

The device sports an 8MP rear camera with LED flash along with a 5MP front-facing snapper that comes with a BSI sensor as well as HTC Eye Experience technology. The dual-SIM device runs Android 4.4.4 KitKat out-of-the-box with Sense 6 UI on top. Connectivity options on the device include: Wi-Fi 802.11 b/g/n, Bluetooth 4.0, GPS/ A-GPS and GPRS/ EDGE. It decks in a 2100mAh removable battery.