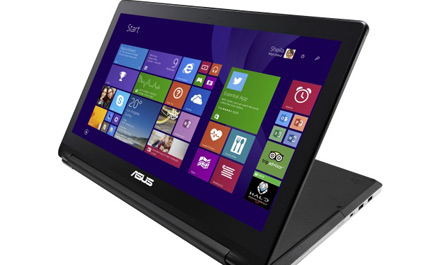 The Transformer Book T200 laptop, on the other hand, features 11.6-inch HD (1366×768 pixels) touchscreen display. Asus touts that it is “a 2-in-1 ultraportable laptop with 11.6-inch tablet” as the display can be detached from the keyboard. It is powered by an Intel Z3775 Bay Trail processor clocked at 2.39GHz alongside 2GB of RAM. There is 32GB of built-in storage alongside 500GB of HDD. Asus claims that the Transformer Book T200 can offer up to 10.4 hours of battery life.

Asus Transformer Pad TF103 sports a 2-megapixel rear camera and a 0.3-megapixel front-facing camera. The inbuilt storage can be expanded via microSD card (up to 64GB) from the 16GB, which comes along with the device. Available in White and Black colour variants, the tablet also supports Micro-SIM and 3G connectivity. The tablet packs a 5070mAh battery.

Commenting on the launch of new Transformer series, Peter Chang, Regional Head, South Asia and Country Manager, System Business Group, Asus India said, “We are ecstatic about introducing the all new additions to the much celebrated Transformer Series to India. India has been one of the key markets for the entire transformer series. Bringing these avant-garde devices is our step ahead in assisting the Indian masses to discover and have access to the unconceivable yet highly user friendly devices.”