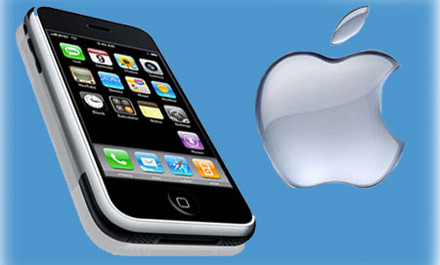 Apple To Open 500 Stores In India

Apple, the Cupertino-based world’s most valuable electronics maker, has decided to go big in India. After being on the fringes for long, the company is finally set to cut loose in the fast-growing Indian phone market. The world’s most admired electronics brand – that sells devices such as the iPhone, iPad tablet and iPod media player – plans 500 ‘iOS’ stores in the country in its first major push that will include moving into smaller towns and cities.

The company, which recently topped $700 billion in market cap in the US, has been in India since 2011, but not been a mainline brand here like many other overseas markets, including China. This is in contrast to its Korean rival Samsung that dominates the Indian phone market.

“All this will change now. The company is finalizing plans to become a serious player in India, which is being seen as a strategic and one of the most promising markets globally,” a top company source said.

The company sold around one million phones in India in the year ending September 2014 and expects the volume to treble this year and top 3 million. “And, it will only strengthen from here as the expansion starts and picks pace,” another source said.

The company sold around one million phones in India in the year ending September 2014 and expects the volume to treble this year and top 3 million. “And, it will only strengthen from here as the expansion starts and picks pace,” another source said.

Apple currently operates in India through two key distributors – Redington and Ingram, who in turn supply the products to regional distributors, multi-product trade channels and Apple Premium Re-seller stores and Apple Authorized Re-seller outlets. Redington is one of the biggest partners for Apple in India and accounts for nearly 70% of its sales. Puneet Narang, who heads Redington’s marketing of iComm Strategic Business Unit, however, did not comment on Apple’s plans.

Sources said the company feels that there is “very high” potential for its products, including in smaller towns and cities like Amritsar, Pathankot, Moga, Coimbatore, Trichy, Nagpur and Nasik. Currently, the company is big in cities like Delhi, Mumbai, Bangalore, Kolkata and Chennai. “We are amazed at the purchasing power in smaller towns. The primary objective is to give a better and proper experience with adequate product demonstration,” another source added.

The sources said Apple has “tentatively approved” the expansion proposal and will give a final go-ahead very soon, defining all the parameters and phases of expansion. “These new stores will be smaller in size and could range from 300-600 sq ft against over 2,000 sq ft size of existing stores in bigger cities.” A franchise model is likely to be adopted and could be spearheaded by Redington. Apple is also expected to increase spending for direct advertising in India, apart from publicity undertaken by its distributors.