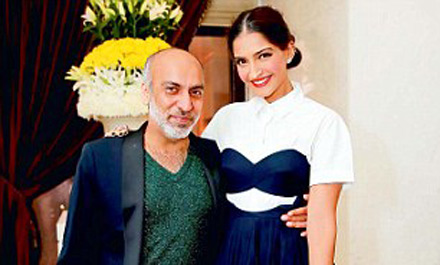 Indian fashion gets together for a gala evening

International runways have had a long-standing love affair with Indian fashion — be it with the desi patterns, embroidery or silhouettes, but the delightful fact has often been pushed to the fringes of celebrating global style.

Placing Indian designers, risk-takers and muses back on the world map, a special soiree was hosted by the founder and editor-in-chief of the renowned UK-based website The Business of Fashion (BoF), Imran Ahmad, along with Bollywood beauty Sonam Kapoor to launch the second annual #BoF500 magazine at Le cirque restaurant, The Leela Palace, on Thursday evening.

In an exclusive interview with Mail Today, Ahmad said: “Back in 2006, when I began the blog as a hobby, the fashion industry was quite allergic to technology and blogs were unheard of.”

Today Ahmad’s website commands a worldwide following that analyses fashion as a business.

“Very often fashion is portrayed in the mainstream media as this glamorous, champagne-swilling group of people, but it is a very fascinating industry that’s driven by incredibly talented people,” he added.

Co-host of the evening, Sonam put together an interesting look in a dress by Spanish designer Delpozo, teamed with a Judith Leiber ‘Little Black Book’ clutch, Louis Vuitton sandals and Nirav Modi earrings.

The Khoobsurat babe has been featured in the BoF 500 list that celebrates 500 shapers of the global fashion industry along with actress Kangna Ranaut, designers Rahul Mishra and Manish Malhotra and Mukesh Bansal of Myntra.com.

The stylista said: “I’m honoured to be a part of this list because it’s the first of its kind. It’s very current and prestigious with a world platform.”

She further said: “I don’t look at fashion as just clothes to wear; I consider it to be an art.

“Fashion defines what an era looks like, and for me, it’s extremely important what people wear because I love history and people.”

Discussing her international looks, Sonam said: “I always try to wear an Indian designer for at least one event.

“If I’m getting photographed, I might as well combine some Indian elements and wear young designers so that they’re noticed and they do well abroad.”