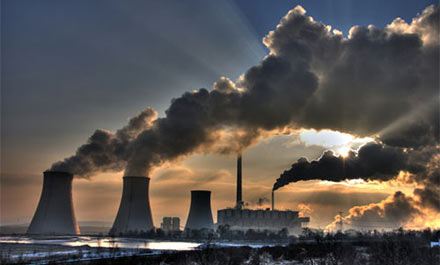 Researchers at the recent University of Montana found that children living in cities with significant air pollution are at an increased risk for detrimental impacts to the brain, including short-term memory loss and lower IQ.

Children with lifetime exposures to concentrations of air pollutants above the current U.S. standards, including fine particulate matter, are at an increased risk for brain inflammation and neurodegenerative changes, including Alzheimer’s and Parkinson’s diseases.

Clinically healthy children who live in a polluted environment and who also carry a gene — the apolipoprotein ε4 allele, already known to increase a person’s risk of developing Alzheimer’s disease — demonstrated compromised cognitive responses when compared with children carrying a gene with apolipoprotein ε3 allele.

Metropolitan Mexico City is an example of extreme urban growth and serious environmental pollution, where 8 million children are involuntarily exposed to harmful concentrations of fine particulate matter in the air every day beginning at conception.

For the study, researchers matched two groups of children living in Mexico City by multiple variables, including age, gender, socioeconomic status and education, among others. They then compared children carrying the ε4 allele to children carrying the ε3 allele and found that those with the ε4 allele had three significant alterations. They had short-term memory shortfalls, an IQ that while within the normal limits measured 10 points less, and changes in key metabolites in the brain that mirror those of people with Alzheimer’s disease.

“The results add to growing data suggesting ε4 carriers could have a higher risk of developing early Alzheimer’s disease if they reside in a polluted urban environment,” researcher Dr. Lilian Calderón-Garcidueñas said in a statement.

“A IQ difference of 10 points will likely have a negative impact on academic and social issues, including bullying and teen delinquency,” she said.

Air pollution is a serious public health issue, and exposures to concentrations of air pollutants at or above the current standards have been linked to neuroinflammation and neuropathology. In the U.S. alone, 200 million people live in areas where pollutants such as ozone and fine particulate matter exceed the standards.

There are significant associations between exposures to particulate matter and increased mortality due to stroke, cardiovascular disease and respiratory events. The problem in children living in megacities like Mexico City is much worse.

The findings are detailed in the Journal of Alzheimer’s Disease.